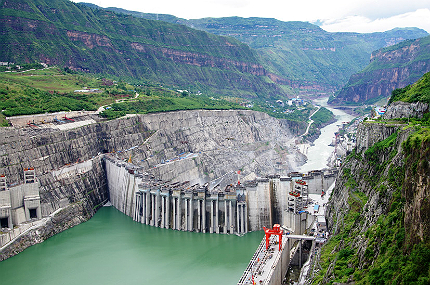 The newly developed photocatalyst system can detoxify polluted water by harmful heavy metals, such as arsenic, chromium and persistent organic matter at a reaction rate of up to 100 times that of conventional methods.

The photocatalyst is recyclable and easy to collect from the polluted water after detoxification, making it suitable for small-sized water purification systems in developing countries with requirements for safe and low cost water.

US institutes to develop low-cost treatment for fracking water

Researchers at The University of Texas at San Antonio (UTSA) and the Southwest Research Institute (SwRI) are researching a cost-effective method to treat flow-back water from hydraulic fracturing.

Flow-back water is a key sustainability issue for the oil and gas industry, due to the high volumes of water produced and the expensive treatment process.

The water consists of salts, hydrocarbons and heavy metals, making it an environmental risk to dispose on land and in streams.

The researchers aim to develop an environmentally-friendly charcoal product within a year for treatment of the water.

IDE Progreen was selected for its small size, low energy consumption and because the technology is chemical free, reducing its environmental impact.

Mulpha Australia group asset development and projects director Greg Timar said the plant is expected to be up and running quickly.

The new Leopold Clari-DAF system will ensure an uninterrupted potable water supply to Abu Dhabi and the east coast of the UAE as the region experiences an anticipated 15% increase in its population by 2016.

The 136,000m³ per day DAF system will serve existing and new seawater reverse osmosis plants, which have a combined capacity of 306,760m³ per day.

Virginia Governor Bob McDonnell has announced an investment of more than $31m in the state’s water quality improvement fund (WQIF).

The new investemnt brings the total amount that the Governor has invested into the WQIF to more than $218m.

McDonnell said he is committed to improving the quality of Virginia’s waterways as well as Chesapeake Bay.

The plant is being built by PT Inti Karya Persada Tehnik and PT Adhi Karya Tbk for the Indonesian state-owned oil and gas company PT Pertamina EP. It is located in Blora in Indonesia’s Central Java province.

The technology will be deployed to treat wastewater contaminated during the gas production process.

The plant will produce 50 million standard cubic feet of gas a day after commencement at the end of the year.

Mechanical engineering corporation Voith has installed the first of three of its generator-turbine units at the Xiluodu hydropower plant on the Jinsha River.

The total capacity of the three units once completed will be roughly equivalent to the output of Germany’s largest nuclear power plant.

Voith Hydro management board chairman Roland Münch said the installation is an important step toward the first 1GW unit. Each of the three Francis turbines has an output of 784MW.

Jordan is all set to commence a $980m project to desalinate water from the Red Sea, following approval from the Cabinet of a recommendation by its Economic Development Committee to prepare studies and tender documents for the project’s initial phase.

In July 2012, the Ministry of Water and Irrigation had proposed a plan to implement the Jordan Red Sea Development Project (JRSP) and adopted a new scheme for Red Sea water desalination.

The new project is said to achieve two main goals of Jordan, which include reviving the shrinking Dead Sea, besides providing water to the growing population.