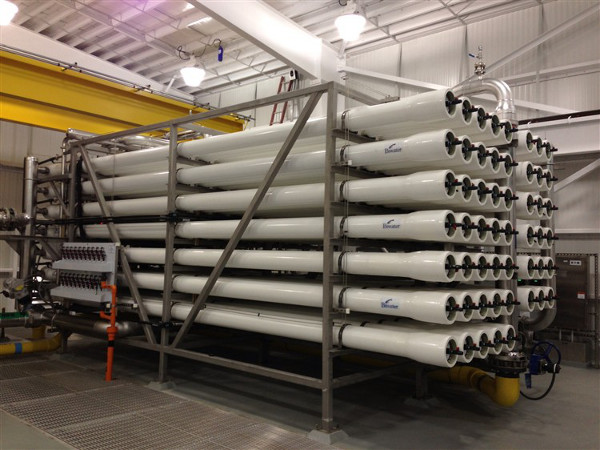 The platform is equipped with multiple sensors that measure a dozen of the most relevant water quality parameters. It is the first autonomous sensor platform for water control.

The company will sell its stake in the project in the north-eastern region of the country to one of its venture project partners, Qingdao Water Group, for €53m.

The desalination plant has been in operation since early 2013. It is capable of treating 100,000m³ a day of seawater through reverse osmosis technology.

The factory will start production of reverse osmosis (RO) membranes from 2015.

The latest deal forms part of a broader investment by Scottish Water to boost water infrastructure for its five million customers throughout the country.

The company’s water treatment system will allow Shell to generate 50,000t of steam a day, which gets infused into underground reservoirs to produce heavy oil.

The system will also treat and recycle the water co-produced with the oil recovered from underground, and use it to generate steam. Veolia claims that the system is capable of recycling around 99% of the water used to make steam.

The facility, which is already up and running, is assisting the city in meeting requirements for alternative water supply. It is capable of delivering 1.5 million gallons a day.

The World Bank granted a $500m loan to improve the supply of piped water and sanitation services through decentralised delivery systems in Assam, Bihar, Jharkhand and Uttar Pradesh in India.

The project will be implemented over a six-year period and will support the design and implementation of a dedicated rural water supply and sanitation (RWSS) programme for low-income states under the Ministry of Drinking Water and Sanitation’s (MoDWS) ongoing national rural drinking water programme.

It is expected to benefit around 7.8 million rural people in the states, which have the lowest coverage of tap water in the country.

The European Investment Bank (EIB), European Bank for Reconstruction and Development (EBRD), and the European Union (EU) will provide €59m in financing to Apa Canal Chisinau for improving water services in Moldova’s capital.

The water and wastewater utility will receive €24m each from the EBRD and the EIB, while the EU will contribute an €11m grant through the Neighbourhood Investment Facility.

The existing water network in Chisinau, a city of 800,000 inhabitants, is no longer adequate to meet the city’s demands. The upgrade programme will improve the efficiency of the city’s water network, save energy and contribute towards future compliance with relevant EU directives.