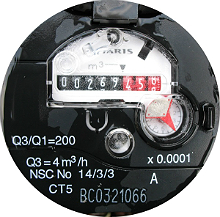 The survey, which was published last week, revealed that 39% of executives polled think the chances of water supply outstripping demand by 2030 is ‘highly likely’.

In all 45%, mostly in developed countries, believe wasteful consumer behaviour was their biggest barrier to progress, while 41% in developing countries said a lack of capital investment is their top concern.

Fortunately, as well as these concerns the report also unveiled an industry that is quietly evolving and slowly adapting, to find innovative new ways to meet future generations’ water needs. Oracle Utilities group vice president of industry strategy, Linda Jackman, and senior vice president Rodger Smith, share their views on how the industry is evolving.

Heidi Vella: Why do you think so many people are concerned about supply of water outstripping demand?

Rodger Smith: If you look at the water supply in the world, the amount of water we have stays the same – we don’t have more or less – whatever we have, we have. We can’t manufacture it out of anything else. 97% of all water we have is salt water, so it’s water that you really can’t use for human consumption.

Three percent is fresh water, but two percent of that is frozen. So that leaves roughly one percent of supply fit for human consumption, it needs to be cleaned up, but it is available.

The real challenge we have is that one percent, only about a tenth is in what we call surface water – lakes, streams and rivers. The rest of it is subsurface. So, you have to drill a well or do something else.

So, if you think about it the amount of water that is out there for human consumption is very tiny in the big scheme of things.

HV: Due to possible future water shortages do you think the price of water will rise?

"If you think about it the amount of water that is out there for human consumption is very tiny in the big scheme of things."

RS: Personally, over time, generically thinking, it will have to rise. The reason I believe that is, is water, unlike other utilities, water is seen as a god given right, it comes from the sky, we should all have access. It should be free.

The problem with that is water infrastructure is key to getting that water to the right locations, cleaning it, but water utilities haven’t done a very good job explaining to people that it’s not the water you’re paying for, it’s the price of the infrastructure.

HV: How do you think utility companies will combat the issue of financing renovation and water conservation?

RS: In the survey, one of the biggest challenges in the industry is developing a rate that allows you to conserve water but also build that infrastructure, the reason that is a big deal is because generically speaking water rates around the world are generally set around usage, so if you wanted to keep your bill down you are encouraged to use less.

The problem is if you use less you generate less revenue, then you have less money to spend on the infrastructure so they have to develop a rate that is not so user sensitive, with probably a fixed piece centred into it so you can build new infrastructure.

HV: How can smart metering help to combat water waste?

RS: If you have our smart meter installed you can analyse the usage of your customer with the smart meter data, then you can determine what you need to spend money on to optamise your infrastructure.

"Water, unlike other utilities, water is seen as a god given right, it comes from the sky, we should all have access."

With the new electronic meter I know exactly what you use, when you use it, I [can] look at all my meters and determine If the amount I am using is the same as what I am producing – if not I must have a leak, and I can probably tell whereabouts my leakage problems are and therefore I can spend my maintenance dollars more efficiently, and my infrastructure dollars more effectively, instead of just guessing or waiting for the water to come bubbling out of the ground.

We also have software that helps you manage your pipes better, from an asset management perspective.

HV: Which countries are leading the race to invest in new water technologies?

RS: Probably the US.

Linda Jackman: I think there are two: first one is the US. Smart meters are being rolled out in the water utilities at a faster rate in the US than they are in the electric industry because of drought conditions.

The second one is probably France. The government there has instructed the water utilities that they must roll out smart meters because based on their estimation 21% of France’s water is lost through leakage. They don’t know where it is happening but they know they need to find it. So if you think of 21% in a developed country like France, they’re still losing a lot of the goods that they’re trying to sell.

RS: Australia, are starting to do it as well. All of this is a relatively new phenomenon, the technology we’re talking about is only a few years old.

LJ: The Israelis have to begun to recycle whereas the Middle East haven’t. They also do a lot of water around piping chilled water to lower the cost of electricity.

One of the main things you need to generate electricity is water. Water to drive the steam turbine, that’s how electricity gets generated. So that’s the other part of this, those two industries coming together closer I think than they have ever had to be before. I think the innovation comes with a different way at looking at things.

HV: Which is the best area of water wastage to combat first – home or utility plants?

"We also have software that helps you manage your pipes better, from an asset management perspective."

RS: The best technologies are those that will be between the meter and the water tank, since you have so much leakage in systems. So once you get smart meter you can evaluate the data from those.

Sensor technology is now out so you can put them [sensors] on pumps, on meters – everywhere – to gauge how your systems really function.

Once you can aggregate that data together the big thing will be the analytical tools. We’re working on analytical tools, so I can only assume our competitors are too, to actually take all that data aggregate it and make sense of it all and use it to optismise how you run the utility and how you interface with your customer. I think that is where you are going to see more change in the utility business than ever before.

HV: What are the BRIC countries doing?

"Sensor technology is now out so you can put them on pumps, on meters – everywhere – to gauge how your systems really function."

So in china, for example, do they care more if they have a smart meter or more if they can just get water to the customer? Same in Russia, same in India. Waste is important but it’s lesser of an issue for them than in developed countries.

LJ: There is currently a state funded project in India where they are looking at both rolling out new infrastructure plus leakage, but they’re one of the most developed in that sphere.

Water and electricity are the tools that fund economic growth – if you don’t have any of those it doesn’t matter how smart your workforce is if you can’t turn the light on, or turn on the tap or rely on clean water or electricity supply, you don’t get good growth.

HV: What other obstacles does the industry face?

RS: To have people who can actually do the analytics. They work in banks today, and you need to get them same folks attracted the water business, it’s going to be a cultural challenge, I think, finding people who are socially responsible and want to do that as their life’s work.

LJ: The analytical skill you need is different from what they have today. Whereas today they’re looking at the rear view mirror, what did I repair? How many customers did I bill? What we’re seeing in the industry is this need to look forward about being predictive about what we need to do.

As cities worldwide swell, critical networks such as water are being strained to the limit.