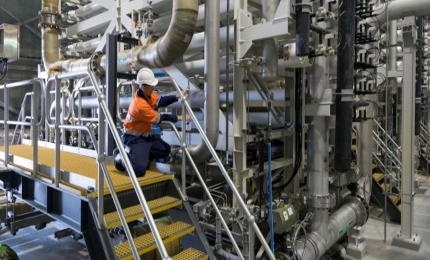 California passed a $7.5bn water plan that envisages development of infrastructure in the state in the midst of a drought.

The plan was passed almost unanimously with 77-2 votes in the Assembly and 37-0 in the Senate.

Anglian Water signs £450m worth of deals under AMP6 frameworks

UK-based Anglian Water signed £450m worth of contracts with Barhale, Clancy Docwra, Kier MG and Morrison Utility Services for the sixth asset management programme (AMP6), which will be carried out between 2015 and 2020.

Under the deal, Clancy Docwra and Kier MG will be responsible for delivering Anglian Water’s integrated metering and developer services (IMDS) programme, worth around £200m.

The two firms will co-ordinate with employees at Anglian Water for a domestic and business metering programme, which includes water efficiency audits to conserve water.

Mechanical engineers at Massachusetts Institute of Technology (MIT) are researching a model to generate electricity using a mix of river and seawater.

The PRO system could be used to power a wastewater treatment plant by mixing seawater with treated wastewater to produce renewable energy.

For this purpose, the company was invited to participate in the government-mandated and comprehensive wastewater management programme in China.

The company will take the lead position in the programme to develop municipal wastewater treatment plants in the country.

The $80m project has been undertaken to improve Perth’s potable water supply, with treated wastewater from the Beenyup Wastewater Treatment Plant (WWTP) to be introduced by the AWRP into aquifers.

The investment will help the company provide water services in Clark Freeport and Special Economic Zones, which is its concession area.

Separately, the company also signed a deal with Clark Development to extend the water concession in the area through 2040.

BluMetric Environmental was awarded a contract to supply six oil-water separators for the third set of locks on the Panama Canal project in Panama.

The contract follows a previous contract that requires the Canadian company to install eight wastewater treatment plants for the canal’s lock houses.

BluMetric will supply the separators through the first half of fiscal year 2015. The project was 77% completed as of July and is scheduled to be completed in 2015.

Considerable loss of water due to drought has resulted in the rising of land in the western US, researchers at the Scripps Institution of Oceanography in the University of California found.

GPS data collected by the scientists reveals that the western US has lost nearly 240 gigatons (63 trillion gallons) of water since 2013.

The shortfall is equivalent to a four-inch sheet of water covering the entire region.