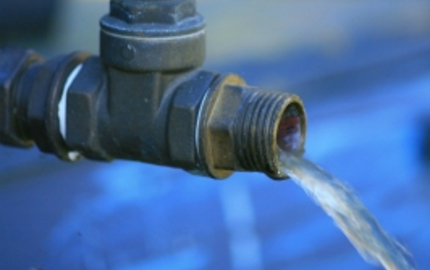 Spain-based Acciona Agua, along with the International Consultants for Agency & Trade (ICAT) Group, secured a four-year $40m contract from the Construction Authority for Potable Water and Wastewater (CAPW) to provide operations and maintenance of infrastructure which supplies mains water to New Cairo, Egypt.

The city of New Cairo was constructed in 2000 as a satellite of Cairo around 30km east of the capital. It includes mostly international university campuses and has a population of around three million.

The system comprises two 2.6m pipes and three pumping stations. It will take water from the River Nile and transport it around 40km to be treated in a potable water plant with a daily capacity of 500,000m³. From there the pipes will transfer the water to regulating reservoirs.

According to WSP, the technology uses a computerised network of water control devices that respond to weather forecasts and automatically catch, store and release rainwater throughout the year.

Flooding can be controlled through a series of underground pipes and hydraulic devices that connect the various ponds, streams and wetlands in a catchment or sub-catchment. Valves can be opened or closed by small transmitters in the field that receive signals sent from the central system.

The European Commission will go ahead with infringement proceedings against Italy, as the government has failed to ensure that water intended for human consumption meets European standards.

According to the EU, water contamination from arsenic and fluoride is a long-standing problem in the country, specifically for the Latium region.

Italy has failed to improve its drinking water quality, leaving people exposed to health risks from high levels of arsenic and fluoride.

Mitsubishi Corporation and Mitsubishi Heavy Industries (MHI) signed an agreement together with the Japan Bank for International Cooperation (JBIC) to acquire a 38.4% share in Metito’s water and wastewater projects.

Following the acquisition, the Japanese companies will be able to expand their presence in the water business in fast-growing Middle Eastern, African and Asian countries.

As part of the deal, the company will construct and operate two wastewater treatment plants for Amritsar Sewerage project in the state of Punjab.

The plants will process around 95 million litres a day (MLD) based on the activated sludge treatment process.

The plant includes pre-treatment cartridge filtration, chemical dosing, a membrane cleaning system, plant instrumentation, remote IO stations, PLC and SCADA. The custom RO trains and accompanying equipment for the project have been designed and assembled in Biwater’s facility in California.

In February 2014, Clariant entered into an agreement with AECI to divest the water treatment business.

Veolia secured an approximately $50m contact from BP to design, build and operate a new raw water treatment plant to develop the Khazzan gas field, located at the southwest of Muscat in Oman.

The project is expected to commence operations from January 2015. Veolia will operate the plant for one year and has options to extend for up to four additional years.