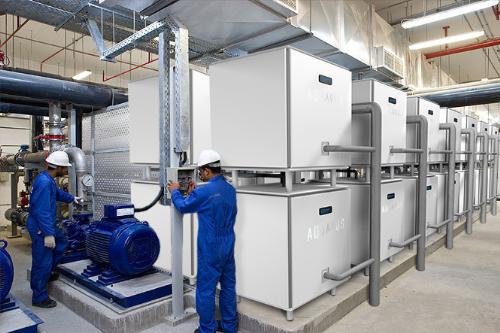 Voters in California, US, approved a $7.5bn water bond, which will clear the way for taxpayers’ money invested in the city’s ageing water infrastructure.

The bond programme will help in funding multiple water supply infrastructure projects in California, including surface and groundwater storage, ecosystem and watershed protection and restoration, and drinking water protection.

Formerly known as the Water Quality, Supply and Infrastructure Improvement Act of 2014, the bond aims to ensure reliable water supply in California and prevent drought.

San Diego City Council in California, US, voted unanimously in favour of a $2.5bn plan for a sewage purification system to ensure a more reliable and long-term supply of water in the city.

In the initial phase, the plan intends to recycle 15 million gallons of water daily by 2023, which is expected to rise to 83 million gallons a day by 2035, accounting for almost one-third of the city’s water supply.

The Californian city has 1.4 million people and needs to import 85% of its water from the Colorado River and northern California.

The city’s main treatment plant fails to comply with the federal regulations for dumping wastewater in the ocean, which prompted the council to favour the new system.

The pre-conditional voluntary offer by the consortium values United Envirotech at around S$1.9bn ($1.47bn) on a fully diluted basis.

UMass Amherst in US receives grant for water research

The University of Massachusetts (UMass) Amherst in the US received a $5.6m grant to develop a new way to purify municipal water in place of chlorine.

The funding will be used to set up a national research centre to develop an advanced, low-cost water treatment system, which can help communities reduce contaminants.

In addition, the funds will support the ongoing research undertaken by David A. Reckhow, a professor of civil and environmental engineering at UMass Amherst, and his colleagues on finding new ways to treat water.

UK scientists and engineers invented the Aquavus system, which can be used to desalinate and purify ocean water with ultrasound waves.

Claimed to feature the largest ultrafiltration pre-treatment facility in the world, the plant can desalinate 500,000m³ of seawater.

Hyflux will be responsible for operation and maintenance of the facility, which will use advanced RO membrane technology for water treatment.

The Government of Cabo Verde (Cape Verde) intends to spend $200m for construction of desalination facilities in the island country for treating seawater.

Each of the facilities is expected to produce up to 20,000m³ of potable water per day.

Japanese International Cooperation Agency (JICA) will provide $150m to the project, which is known as ‘The Project for Development of the Water Supply System in Santiago Island’.

The government and its partners will provide the remaining $50m for the project.

Scottish Water joined in an academic partnership with the University of Strathclyde and CENSIS, the Scottish Innovation Centre for Sensors and Imaging Systems, aiming to develop new data analysis software that can help water utilities to monitor their assets.

The new software will help utilities identify signals given out by the assets, which can be indicators for potential breakdown events.

Unlike the present solutions that alert when breakdown occurs, the proposed software intends to monitor data across multiple water infrastructure assets and meters, in order to detect signals beforehand for necessary maintenance operations ahead.

Scottish Water plans to use the innovation to deliver efficient service to its customers, be more proactive in maintenance and to ensure that its facilities and equipment are following the performance specifications of the suppliers.

The new innovation comprises a vertical system as its core technology and supplies water through decentralised water systems.

It can be installed at smaller locations as it does not require a big site.

This new system can reduce chlorine usage during water treatment by up to 50%, the company said.

LTDis is an advanced desalination and water purification technology, which can be used to treat water with high salinity and pollution levels.

Metito plans to introduce and develop LTDis for Asian and African markets, as desalination and purification of water and wastewater is a challenge in these regions.