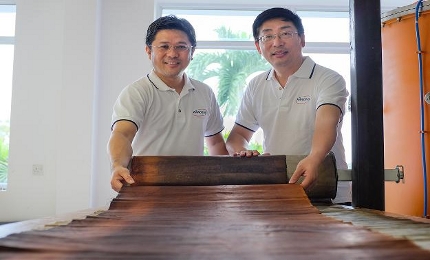 Officials from San Antonio Water System (SAWS) presented a draft purchase contract to the city community for purchasing the non-Edwards water supply for the US city.

Under the plan, San Antonio Water plans to build a $3.4bn pipeline from western Burleson County to San Antonio, in order to supply up to 50,000 acre-feet of water to serve 175,000 homes.

Water will be pumped from the Carrizo and Simsboro Aquifers in Burleson County, helping San Antonio Water to reduce dependence on the Edwards Aquifer.

The report, ‘National Economic and Labor Impacts of the Water Utility Sector’ (WRF research project #4566), found that the investment on water utilities generates similar jobs to investment in clean energy, transportation and healthcare.

The study was based on planned operating and capital investments of 30 public water utilities and revealed that the sector will create 289,000 permanent jobs over the next ten years.

The study assesses the key challenges in supply of safe, secure and sustainable drinking water in urban areas. It delves into possible problems that could affect water supply globally after 25 years, due to population explosion, scarcity of water and recurring budget pressures.

The Namibian Government is considering buying Areva’s seawater desalination plant at Trekkopje, which was built with $271m, to supply water to the country’s semi-arid Erongo region.

The seawater reverse osmosis plant was inaugurated in January 2010 to supply water for Areva’s Trekkopje uranium project, which was later postponed due to low uranium prices.

Namibia Ministry of Agriculture, Water and Forestry Permanent Secretary Joseph Iita was quoted by Bloomberg as saying: "Cabinet has made a decision for us to acquire that plant; we are busy with technicalities before we make an offer."

The government is planning to buy the plant instead of setting a separate plant.

Kerala Water Authority (KWA) in India will use advanced analytics and mobility solutions from IBM for analysing, monitoring and managing water distribution in Thiruvananthapuram city.

Kerala Water aims to ensure equitable water distribution in the city by monitoring and fixing irregularities in water use through sensors and intelligent meters.

Equitable supply of water in Thiruvananthapuram is a challenge for KWA, and water distribution centres in the city face losses with almost 45% fresh water unaccounted for or wasted due to leakage.

Compared with the conventional coagulant based on poly aluminium chloride (PAC), FUJI SP PSI is based on poly silicate iron (PSI) to make it environmentally friendly, as it is made of safe and abundant elements, iron and silicon.

The new membrane is claimed to have anti-bacterial and anti-biofouling properties, and last twice as long as conventional membranes, while also resistant to breakage.

WQA/ASPE/ANSI S-803 is the first approved sustainability standard in the country for drinking water treatment products.

S-803 was being used as a private standard by the drinking water treatment industry for more than a year before it received official recognition.