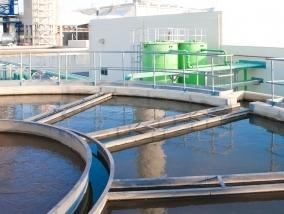 The Ames Water Department has submitted a proposal to the local city council for a land exchange agreement to build its proposed water treatment plant (WTP) in Iowa, US.

The new water treatment plant, which is estimated to cost $63.94m, will have a capacity of 15 million gallons and is expected to provide solutions for Ames residents, businesses and industry for the next 30 years.

The Ames Water Department will request the council approves its land exchange agreement with the US Department of Agriculture (USDA) contingent on two criteria.

First, the City of Ames must acquire two parcels of agricultural land totaling 43.4 acres just northwest of the National Animal Disease Center from H.R. Holdings, for $825,000.

Second, the USDA must complete the clean-up of the NADC property the city wants to acquire and provide certification that the land is not environmentally contaminated.

The existing water treatment facility, which has a capacity of producing 12 million gallons of water a day, was constructed in 1924.

Water and Pollution Control Department director John Dunn said the acquisition of the property has been a long and comprehensive process, which has involved a lot of hard work from multiple agencies working together.

"At the same time we have been working to purchase the property, we have also been working on preliminary designs for a new water treatment plant that will serve the community well into the future," Dunn said.

"To move forward this step would put us on a timeline to begin final design on the facility early in 2012, with the new plant being in service by sometime in 2016."

Caption: The new facility will have a capacity of 15 million gallons. Image by John Kasawa.