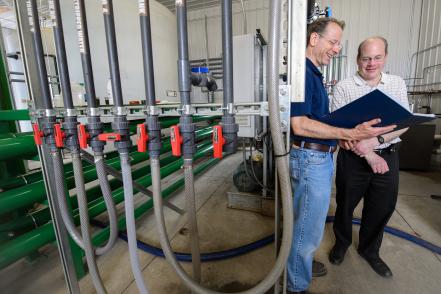 When coupled with ultrafiltration, air stripping and reverse osmosis, the new technology produces clean water that can be given to livestock.

"About 90 percent of the manure is water, but it contains large amounts of nutrients, carbon and pathogens that can have an environmental impact if not properly managed," Safferman added.

"But out west, for example, where drought remains an issue, the accessibility of clean water could make the difference between a farm remaining viable or going out of business."

The system is expected to be commercialised by the end of the year.