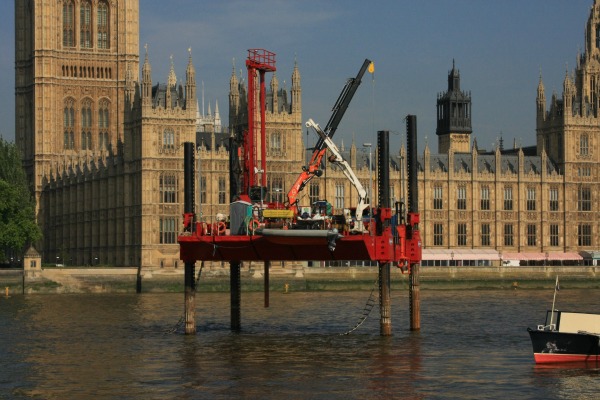 BMB has appointed Arup and Atkins as consulting engineers for delivering the £416m ‘west’ section development of the Thames Tideway Tunnel.

BMB is a joint venture comprising BAM Nuttall, Morgan Sindall and Balfour Beatty which had been appointed for building a part of the £4.2bn super sewer project in London.

The two new firms will be functioning as JV partners for BMB which is responsible for design, construction, commissioning and maintenance following completion of the construction works.

The 6km west section of the 25km tunnel will extend from Acton in West London to Wandsworth in South West London and involve seven separate work sites along the stretch.

"A healthy River Thames plays an essential role in the wellbeing and prosperity of the City of London and its people."

Mobilisation for the west section had been initiated in 2015, with construction works scheduled to finish in 2022.

Arup-Atkins partnership will be delivering a range of design and engineering services for the project.

Arup UKMEA Chairman Alan Belfield said: "The Thames Tideway Tunnel is one of the UK’s most challenging, yet important, infrastructure projects. We have already made great strides in creating a cleaner and safer River Thames but there is a clear need to modernise our essential infrastructure.

"Partnerships such as ours with Atkins will play a pivotal role in driving forward these major feats of engineering and we look forward to working together on this extraordinary project to see the benefits it will provide to the city."

Thames Tideway Tunnel project is the biggest infrastructure project for the water industry in the UK.

Once completed, it will be able to solve the problems of untreated sewage discharges into the Thames river, and is expected to support projected population in the country for at least the next 100 years.

Atkins UK CEO Nick Roberts said: "A healthy River Thames plays an essential role in the wellbeing and prosperity of the City of London and its people.

"The Thames Tideway Tunnel will help transform the river and we are very pleased that BMB chose the valuable experience, expertise and approach we’ve developed with Arup from projects such as Crossrail."

Image: The new tunnel will be the biggest infrastructure project ever undertaken by the UK water industry. Photo: courtesy of Arup.