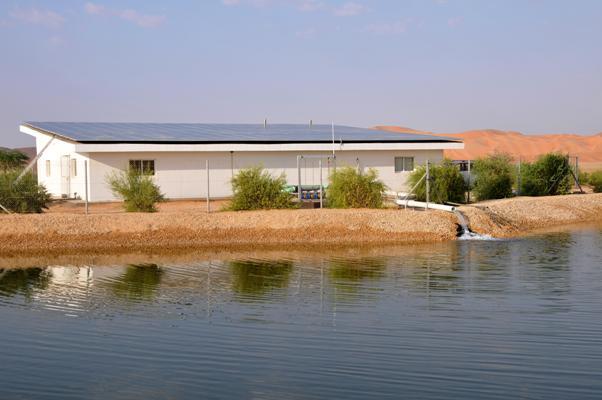 The Environment Agency-Abu Dhabi (EAD) has completed the construction of 22 solar desalination plants in Abu Dhabi, the UAE.

The new facilities are part of the agency’s wider project to build 30 solar desalination plants in different locations across the Emirate of Abu Dhabi.

Around 1,100 gallons of clean water an hour will be produced by each solar powered desalination plant.

As part of the pilot project launched in Umm Al Zamool, the technique is being tested by the Agency to find the improvement in its efficiency. The pilot project aims to provide findings and translate them into recommendations to develop more stations, as well as reduce the cost of its capital cost in the future and increase efficiency at the same time.

A 300m2 solar array at each site powers a pump that abstracts groundwater from a well; reverse osmosis will separate clean water from brackish water through a semi-permeable membrane.

The clean liquid is then pumped to a pond through a subsurface irrigation system, while the brine or wastewater from the process is pumped into a separate evaporation pond.

"Each unit generates an average of 35 kilowatts per hour, making a total of 1050 kilo-watt/hour," Abdessalaam said.

Solar desalination is a zero-carbon technology that extracts brackish saline water from groundwater aquifers to transform it into fresh potable water.

Image: The solar-powered desalination plants will each produce around 1,100 gallons of clean water an hour.