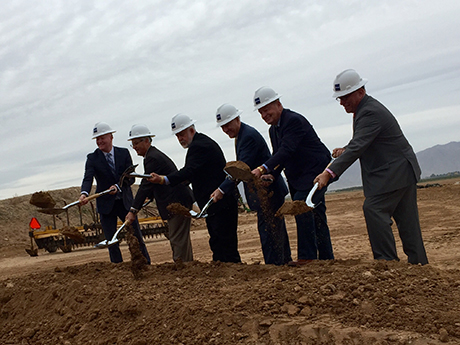 EPCOR Water USA and the city of Glendale has started construction works for the 40 acre facility which has been planned to serve over 4,400 acres of new homes and businesses in the county which is located at the west of the city’s municipal planning area.

To be developed at the intersection of Camelback Road and Alsup Avenue between the Loop 303 transportation corridor and Luke Air Force Base (Luke AFB), the centre will have the daily capacity for up to eight million gallons of effluent.

First phase of the project is expected to be commissioned in early 2017, which will have the capacity to support up to 750 new homes.

"As Arizona continues to grow, it needs transformative thinking in the way we manage our water supplies."

Former US Senator and Arizona water law expert Jon Kyl said: "Arizona was one of the first states to recognise the value of reclaiming wastewater, and the state has stayed at the forefront of water reclamation.

"Today, some 90% of the treated effluent produced in Arizona is recycled or recharged.

EPCOR will be funding the project through private capital along with financial assistance from the Loop 303 Landowners Group.

"Critical infrastructure projects such as the Luke 303 facility are the foundation of economic development for communities by creating jobs and being a foundation for growth."

Construction works for the centre is expected to completed by early 2017.

EPCOR has formed a partnership with WaterWorks Engineers for designing the water reclamation plant, the construction for which will be carried out by Archer Western Construction.