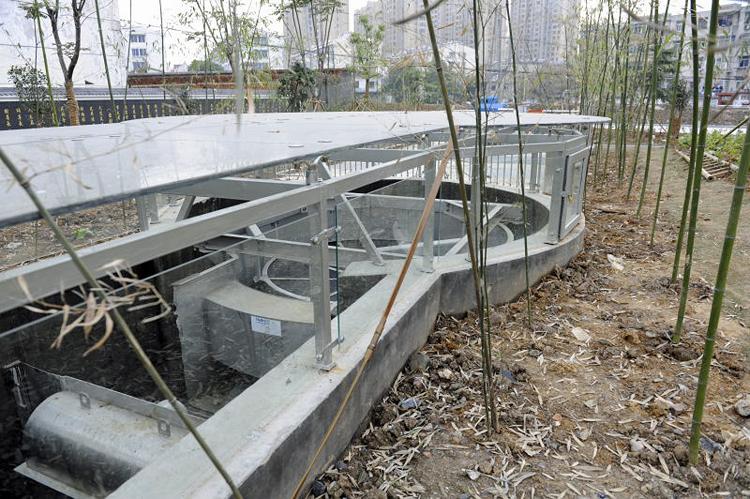 Hydro International has completed installation of its first combined sewer overflow (CSO) symbol in China as a part of a trial to improve urban inland river water quality.

The company has installed a Storm King advanced hydrodynamic vortex separation system in Chaohu city in Anhui as a part of China’s National Water Pollution Control and Treatment Science and Technology Project.

"A trial site was identified in Chaohu city to assess the Storm King’s suitability with a view to recommending it as a Combined Sewer Overflow solution that could help solve wider water quality challenges in Anhui and potentially throughout China."

The Storm King system prevents the XiErChi River in Chaohu from being polluted with sediments that are resuspended in sewer water during heavy storms.

It can also prevent floatables and sediments in the sewer network from being discharged into the watercourse.

"Storm King is activated automatically by the rising flow of water during heavy rainfall periods."

Zhong added: "A major advantage of the Storm King is that it is activated automatically by the rising flow of water during heavy rainfall periods.

"It does not need power and has no moving parts, so requires minimal maintenance."

The Storm King system can remove 95% of 200µ grit and sediment, as well as an average 50% total suspended solids (TSS).

This helps to achieve an average 30% biological oxygen demand (BOD), while the remaining effluent is channelised through the sewer network to a wastewater treatment plant for processing.

Designed by Shanghai Urban Construction Design and Research Institute, the Storm King system has been manufactured by Hydro International at its UK-based fabrication centre in Cambridgeshire.