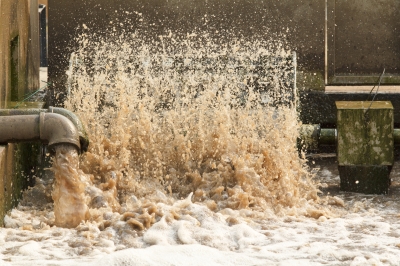 Fox Metro Water Reclamation District in the US state of Illinois will be constructing a new wastewater treatment facility, which will be equipped with advanced technologies and have improved capacity to process phosphorus.

The new plant will be located to the south of the existing facility in the district and will be serving around 300,000 residents in Oswego, Aurora, Montgomery, North Aurora, Sugar Grove, and portions of Batavia and Yorkville.

Construction of the new facility has been planned to start from early next year.

The treatment plant has been planned to comply with the new mandates issued by the Illinois Environmental Protection Agency (IEPA) which requires Fox Metro to upgrade its treatment processes.

"Phosphorus is a nutrient that depletes dissolved oxygen in water and may cause offensive conditions, such as algae blooms."

Fox Metro said: "The water that Fox Metro discharges into the Fox River is already cleaner than the existing river water, but the EPA has tasked the facility with reducing the level of phosphorous in the river by 2019.

"Phosphorus enters the watershed system through fertiliser runoff from farms and lawns, and from human waste through wastewater, which Fox Metro then receives and treats.

"Phosphorus is a nutrient that depletes dissolved oxygen in water and may cause offensive conditions, such as algae blooms."

River City Construction has been selected to manage the construction of the new South Plant, which also represents the district’s effort to upgrade its ageing infrastructure.

The existing facility, which will also be upgraded, will continue to operate along with the new one.

Fox Metro Water Reclamation District manager Tom Muth was quoted by Chicago Tribune as saying: "The older facility will be upgraded to comply with phosphorous removal.

"Consequently, they both will discharge to the same outflow (to the Fox River) that is currently in place at this time."

The new plant, which is expected to be operational by 2018, has been claimed to eliminate 67% of phosphorus in Fox Metro’s water discharges within four years.

Residents in the district will, however, see a rise in their water bills for the construction of the new facility.

The new wastewater treatment plant is backed by a $92m State of Illinois revolving loan which has been secured in November at an interest rate of 1.85%. The loan is to be repaid with user fees in over the next 20 years and is likely to cost $16.50 annually for an average family of four.

Image: Construction of the new wastewater treatent plant is to start from early 2016. Photo: courtesy of Toa55 / FreeDigitalPhotos.net.