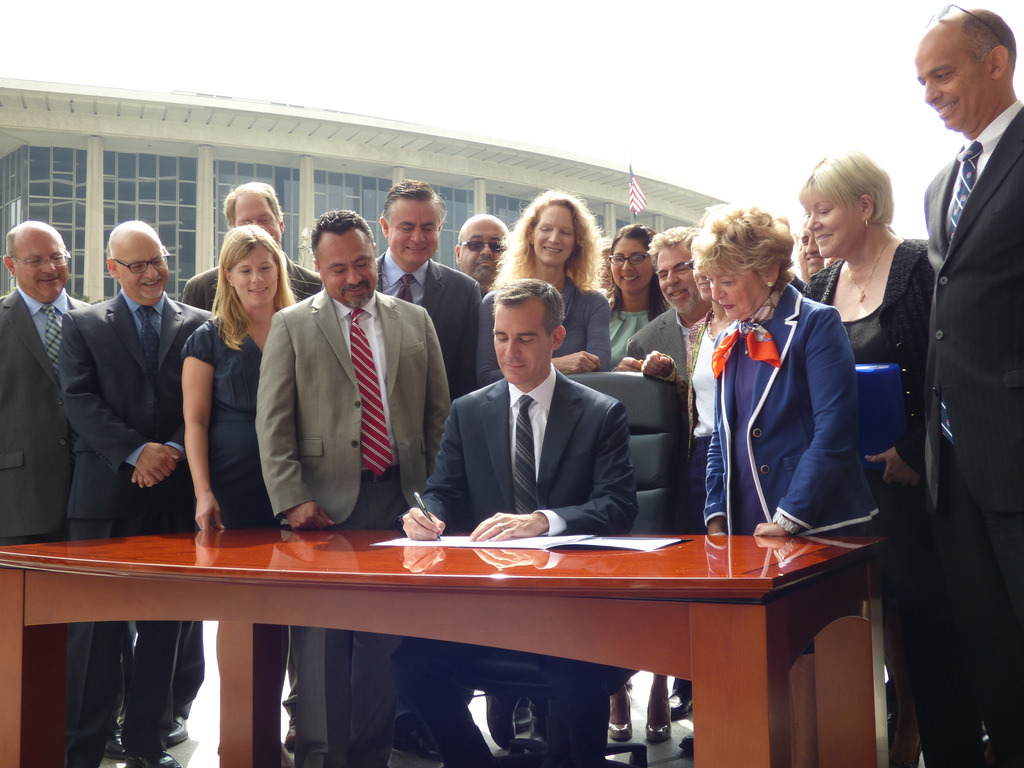 Los Angeles Mayor Eric Garcetti has issued mandatory restrictions for city departments, as well as a directive for residents, aiming to cut local water use by 20% over the next three years, amidst continuing drought.

The Mayor issued the directions through an executive order, which asks LA residents to limit water usage for lawns to twice a week. The city departments have been instructed to reduce watering of municipal lawns.

Eric Garcetti said: "Our relationship with water must evolve.

"We cannot afford the water policies of the past.

"We must conserve, recycle and rethink how we use our water to save money and make sure that we have enough water to keep L.A growing."

The Mayor has also warned that if the water reduction goals are not met by 2017, the city would impose further mandatory restrictions on the residents, such as requiring covers for all pools to reduce evaporation and prohibiting residents from washing their cars at home.

According to a report by University of California scientists, the drought is expected to cost the state $2.2bn this year.

Garcetti’s plan also includes reduction of Department of Water and Power’s (DWP) water import by 50% by 2024. At present, LA imports almost 80% of its water requirements from other regions.

"Our relationship with water must evolve."

Garcetti added: "Keep in mind that reducing water use is not just good for the environment, it lowers water bills.

"Conserving that same amount of water through DWP rebate programmes costs up to 30% less.

"Reaching our target and reducing per capita water use by 20% would save our ratepayers up to $120m annually."