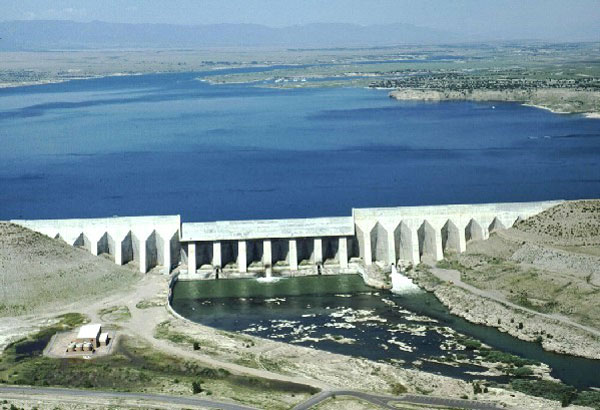 Southern Delivery System (SDS), which is one of the largest water supply projects in western US, has completed construction of the 50 miles pipeline in Colorado.

Once completed, the $841m project will deliver potable water to three-quarters of a million people residing in southern parts of the US state till 2040.

When operational, the project will deliver the water stored in Pueblo Reservoir north to Colorado Springs and the Pueblo West, Fountain and Security communities in the state.

SDS programme director John Fredell said: "The pipe is the main artery for this water project and we are extremely pleased with how the pipeline construction went.

Over 7,000 of 50ft sections of welded-steel blue pipe have been installed for the project over a period of 3.5 years.

Installations have mostly been done in residential areas of Pueblo West, which have later been revegetated to restore the land affected from the construction.

Denver-based Northwest Pipe was the manufacturer of the pipes used for the SDS project, most of which have 66-inch diameter.

Garney Construction, ASI/HCP Constructors and Layne Heavy Civil were the three prime contractors appointed by SDS for the pipeline construction, who were supported by 140 local businesses.

Following the pipe installations, the SDS project will involve setting up of a $125m water treatment facility, which is presently under stages of development.

A water pump station has already been constructed at the site along with the treatment plant, which will have a daily capacity to process 50 million gallons of water.

Three more water pump stations are being built for the project at a height of 1,500ft from Pueblo Reservoir, which are expected to operational by year-end.