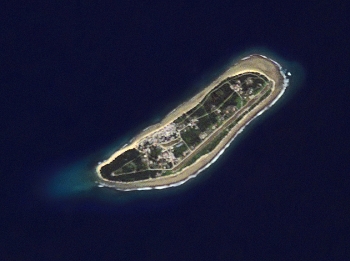 US-based Spectra Watermakers has started operation for a water desalination plant at Kili atoll or island in Marshall Islands.

The plant, powered by solar and wind energy, is the second on the island located in the Pacific Ocean, which had faced severe drought conditions in the past year.

A similar desalination facility was previously installed in Utrik atoll, situated 400 miles to the north.

The desalination facility will treat seawater to produce more than 5,600 gallons of clean, EPA-approved potable water.

Besides drought, 1,200 residents of the island also faced issues with polluted groundwater.

"The desalination facility will treat seawater to produce more than 5,600 gallons of clean, EPA-approved potable water."

The company uses proprietary energy-recovery pumps, which are claimed to be energy efficient and could be suitable for solar and wind-powered installations.

Powered by renewable energy, the desalination facility is likely to save a considerable amount spent on fuel in diesel-powered installations.

The water treatment plants could be the "model for drought preparedness and safe, sustainable water production in the Pacific Island region", according to Spectra Watermakers.