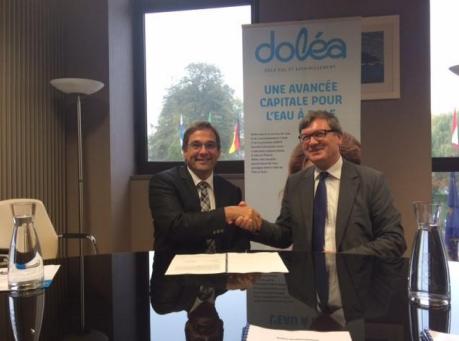 The town of Dole in France has entered into an agreement with utility Suez Environnement to develop two semi-public companies with a single purpose (Société d’Economie Mixte à Opération Unique or SemOp) for management of water and wastewater services in Dole.

‘Doléa Eau’ and ‘Doléa Assainissement’ are the two SemOps created as a part of the €67m contracts won by the French utility to deliver water and sanitation services.

Scheduled to start its operations in 2016, Doléa will distribute drinking water and treat wastewater for the town that houses 25,000 people.

Having a capital of €980,000, the SemOp will be 49% owned by the town of Dole with Suez Group owning the remaining stake.

It is expected to operate for 13 years during which it upgrade or develop water pipe connections, distribution pipes, wastewater and drinking water networks for effective water management in the French town.

"So we jointly decided to set a sustained rhythm of innovative projects to modernise the water and sanitation services provided and protect the environment."

Suez deputy CEO Didier Demongeot said: "The winding-up date of Doléa seems a long time away, but 2028 will be here tomorrow.

"So we jointly decided to set a sustained rhythm of innovative projects to modernise the water and sanitation services provided and protect the environment."

Dole MP and mayor Jean-Marie Sermier said: "Doléa will ensure that local elected representatives are more closely involved in the primordial matters of water supply and sanitation with the support and professionalism of a Group such as Suez."

The local entities also plan to install advanced technologies including remote metering and Aquadvanced technology, which supports real-time monitoring and leak detection, across the water and wastewater networks in order to improve the service quality and reduce water losses.

In July, the LYS Water Supply Syndicate (SMAEL) in France has awarded a €23m contract to Suez to manage potable water production for urban and developed areas in the northern parts of the country from next year.