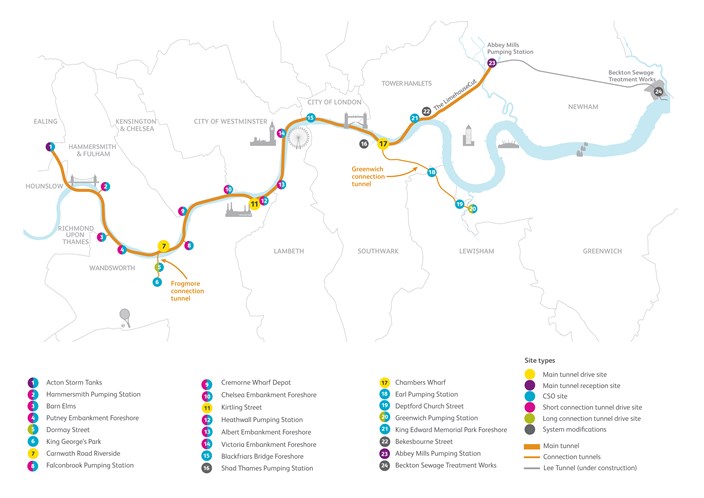 The £4bn Thames Tideway Tunnel (TTT) project in the UK is facing legal challenges as environmental group Thames Blue-Green Economy and Southwark Council have sought a judicial review of the approval of the project.

Thames Blue-Green Economy says that the approval of the project by the UK Government breaches the norm of public participation under European and British law.

In September, Thames Water was granted approval to start building London’s super-sewer project, which aims to address the sewage pollution in the tidal River Thames.

"Work continues on the project, business as usual."

The project involves construction of a 25km-long tunnel under the Thames, in order to eliminate combined sewer overflows (CSO) that contaminate the river water during heavy rainfall.

The sewage is planned to be collected from the 34 most polluting discharge points along the tidal river in central London, which will be sent through the Lee Tunnel to Beckton plant for treatment.

A TTT spokesperson was quoted by nce.co.uk as saying: "We are aware that Thames Blue-Green Economy has filed an application for a judicial review of the government’s decision to grant a Development Consent Order for the TTT.

"Work continues on the project, business as usual."

Image: The TTT project involves construction of a 25km-long tunnel under the Thames. Photo: courtesy of Thames Tideway Tunnels.