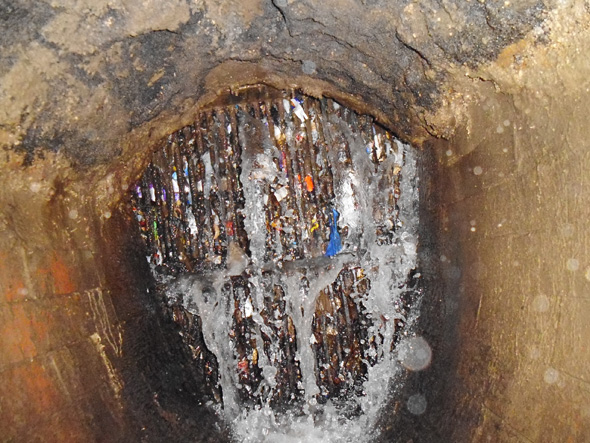 "We expect Thames Water to reimburse passengers, train operators and Network Rail for the significant consequences of these water leaks."

"We continue to work with Thames Water but the overwhelming extent of the continued flooding made it unsafe to run normal through services between London St Pancras and London Blackfriars since Sunday.

"We have several high output pumps operating but the service is still hugely delayed. We expect Thames Water to reimburse passengers, train operators and Network Rail for the significant consequences of these water leaks."

The burst water main was identified on Friday evening, which was followed by the discovery of a further four leaks.

In spite of the issues being fixed, water is still flowing into the tunnel, Network Rail claimed.

The water utility has been working in co-ordination with Network Rail for managing the water levels with pumping equipment.

Specialist teams have been appointed to assess the condition of the pipes and checking nearby roads for possible leaks.

Thames Water director Bob Collington said: "The water in the tunnel cleared as soon as we cleaned out Network Rail’s surface drainage system last night. The pipe was full of silt and debris, and a grill which would have allowed the water to drain away was blocked solid. Basically, the water had nowhere to go.

"We believe this problem was first identified as far back as 2007, and the problems with water on the track have been caused by a lack of maintenance on their part."

The main leak in the 16in diameter pipe was fixed on Sunday morning. However, disrupted rail services could only start on Tuesday after the flooding problems were sorted.

Thames Water has said repair works for the leaks are under process.