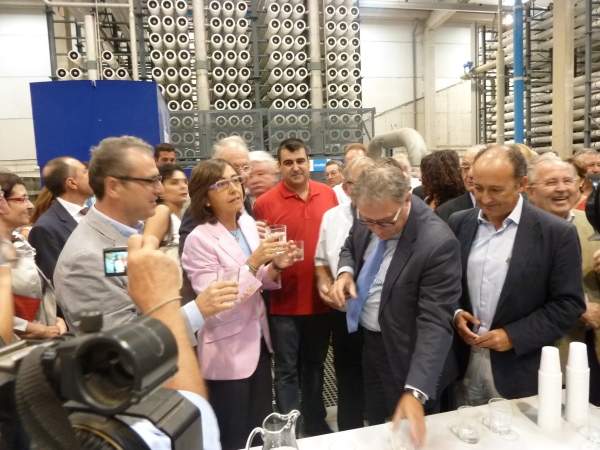 The Bajo Almanzora seawater desalination plant was inaugurated in September 2011. Image courtesy of the Spanish Ministry of Agriculture, Food and Environment. 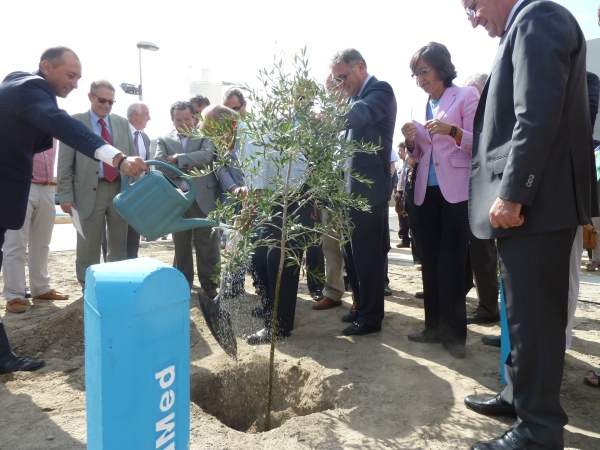 Spanish Minister of Environment, Rural and Marine Affairs Rosa Aguilar and other dignitaries planting a tree on the occasion of the commissioning of the new desalination plant in Cuevas de Almanzora. Image courtesy of the Spanish Ministry of Agriculture, Food and Environment. 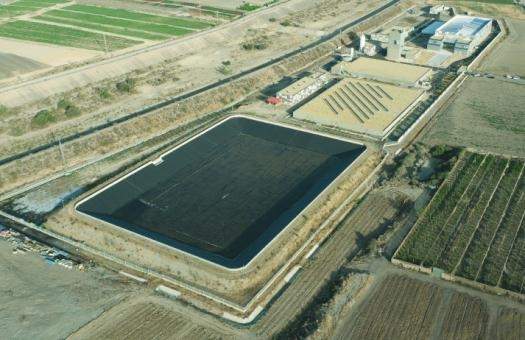 The Bajo Almanzora desalination plant, with a seawater treatment capacity of 60,000m³ a day, can serve 15% of the population of Almeria province.

Bajo Almanzora seawater desalination plant is located near the Almanzora River creek in Cuevas de Almanzora, an administrative district located in the Spanish state of Almeria.

The project represents an investment of approximately $100m, which was partly co-funded by the EU.

Commissioned in September 2011, the facility purifies seawater through the use of seawater reverse osmosis (SWRO). With a treatment capacity of 60,000m³ a day, the plant serves almost 15% of the Almeria province population.

The project was developed by Aguas de las Cuencas Mediterraneas (Acuamed), a state-owned company that manages all public works in the local water sector.

"The Bajo Almanzora desalination plant is part of the Spanish Government’s long-term water plan known as the AGUA Programme."

The desalination project has been developed to provide eastern Almeria with a new source of potable water supplies and meet irrigation needs in the region. The plant is estimated to irrigate more than 12,000ha of high-yielding agricultural land.

The total annual production capacity of the plant is 20 cubic hectometres. Around 75% of production is used for watering crop land in the Almanzora Valley, while the remaining 25% is for human consumption.

The two plants can meet irrigation and supply demands of the region, estimated at 34 cubic hectometres.

In addition to the seawater treatment plant and its associated infrastructure, the project involved construction of two closed storage tanks for potable water and a 48,000m³ capacity regulating pool for storing irrigation water.

Potable water from the closed storage tanks is supplied to the customers via a pumping station connected to the Carboneras / Almanzora Valley pipe.

High-quality raw seawater is first fed to an intake station consisting of 14 beach wells, each fitted with a separate submerged pump. These pumps are connected to a glass fibre re-inforced plastics (GRP) pipe to transport sourced seawater to the desalination plant.

"The project was developed by Aguas de las Cuencas Mediterraneas (Acuamed), a state-owned company that manages all public works in the water sector."

Pre-treatment process involves chemical dosing to disinfect the raw water. Suspended solids are then removed through a flocculation process.

Water is then moved to a regulation tank measuring 21 x 14 x 4.5m, for retention. After holding it for more than 14 minutes, seawater from the tank is pumped to the filtration system through five centrifugal pumps (four plus one in standby mode at any given time).

Filtration is acheived through a two-stage process. Water is first filtered by ten pressurised sand filters and then by cartridge filters to achieve microfiltration.

Micro filtered water is then fed to the reverse osmosis (RO) membrane racks for desalination. The RO process is based on a dual pass method.

Brine produced in the process is discharged at a distance of 1,900m from the sea coast, at a depth of 25m.

The design, build and operate (DBO) contract for the Bajo Almanzora project was awarded in August 2006 to a joint venture of FCC Construction, Befesa, Servicios y Procesos Ambientales (SPA) and Aqualia Gestión Integral del Agua (Aqualia). The joint venture (JV) is responsible for operating and maintaining the facility for 15 years.

The Bajo Almanzora desalination plant is part of the Spanish Government’s long-term water plan known as the AGUA Programme. The main objective of this programme is to progressively resolve the country’s deficiencies in water supply, quality and management by implementing durable solutions.

The programme is being undertaken by the Ministry for Environment and involves creation of new water resources (mainly by building seawater desalination plants).