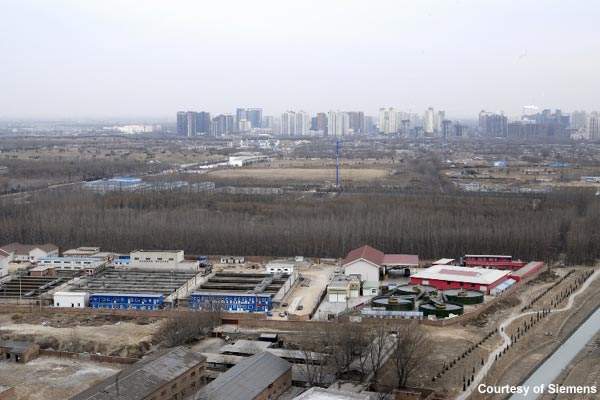 Originally built in 1990, the improvement project has more than doubled the Beixiaohe wastewater treatment plant’s capacity. 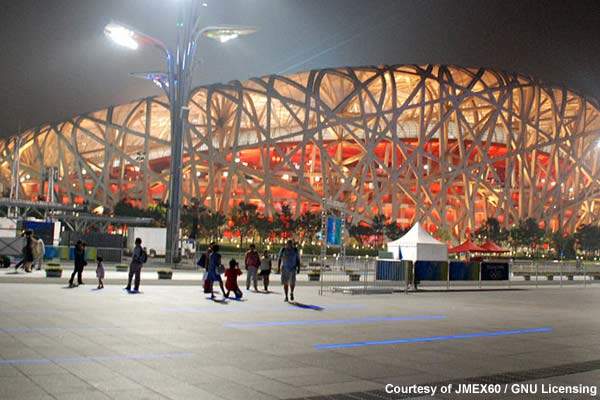 The Beijing Bird’s Nest Stadium: Beixiaohe wastewater treatment plant supplied treated water for landscaping purposes at the Olympic Park and treated all the wastewater from the Olympic Village during the Games themselves. 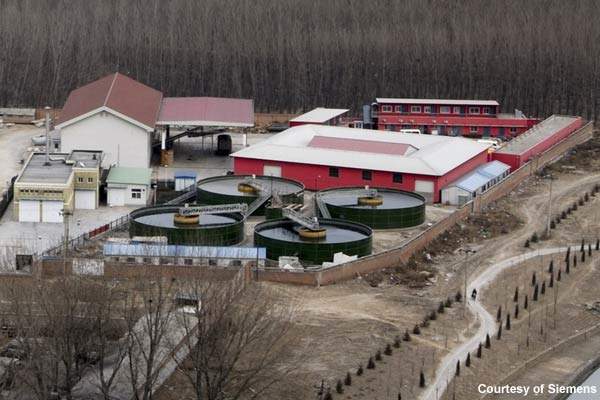 The Beixiaohe WwTP was Beijing’s first modern sewage treatment works and has a service population of 400,000. 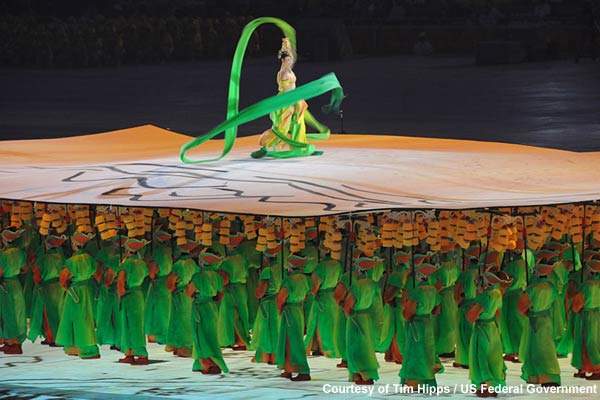 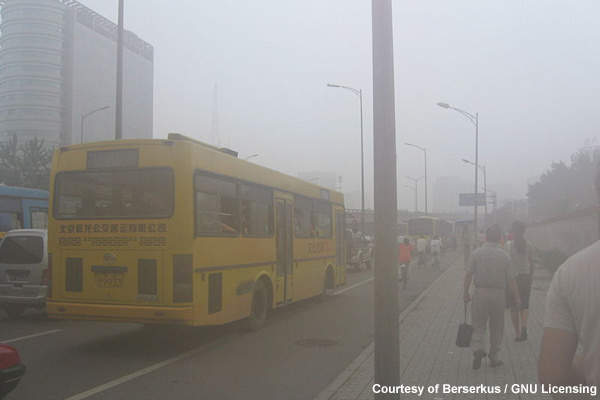 Smog in Beijing. Global concerns of the city’s environmental problems led Chinese government agencies to pledge that the Beijing Games would be as green as possible.

A two-year programme of work began in 2006 to improve Beijing’s Bei Xiao He wastewater treatment plant ahead of the 2008 Olympics.

The project culminated in the provision of a new membrane bioreactor (MBR) wastewater reuse system, which is said to be one of the largest of its kind in the world.

The plant’s previous mechanical / biological treatment facilities were upgraded, enabling capacity to be more than doubled to up to 100,000m³ / day. This helped meet the increased water demand that arised from the elaborate landscaping designs for the Olympic Games.

After the Olympic Games, increased urbanisation of Beijing created a need for further upgrades. Beijing Drainage Group signed a new ozone contract with Ozonia China in December 2010 to help strengthen the plant. Ozonia will supply its CFV-05 ozonator, which will be used for the reclamation of secondary effluent.

"China’s water use accounts for between a third and a quarter of the world’s average per capita."

China’s capital and second-largest city Beijing has a population of more than 17m spread over a 15,540km² area. China’s water use accounts for up to a third of the world’s average per capita and the city has long suffered from water shortage among other environmental problems.

Global concerns led the Chinese Government’s agencies to pledge that the Beijing Games would be as green as possible, with the Ministry of Water Resources promising that sustainable water management would be implemented on several levels.

Between 2000 and 2006, a total of 17 new WWTPs were built and more than 600km of new sewers constructed, significantly enhancing Beijing’s wastewater treatment capacity as part of the wider agenda for improving sustainable water policy. In 2006, this also saw an expansion and improvement programme begin at the existing Bei Xiao He plant.

Located in the north of Beijing to the east side of the new Olympic Centre, the Bei Xiao He WWTP was originally built in 1980 to service the inhabitants of the surrounding area. The improvement project was aimed at replacing the mechanical / biological approach to water treatment and increasing the original daily capacity of 40,000m³ by a further 60,000m³/day.

Improving and enlarging the plant principally comprised the addition of an entirely new wastewater treatment line. This was specifically designed to achieve enhanced levels of water reclamation, and with a 60,000m³/day design output.

The design hinges on a progressive process concept, with the MBR plant containing biological and membrane treatment steps to produce resource-protective recycled water for non-potable use. An additional reverse osmosis (RO) system treats 10,000m³/day of the MBR’s output, which was used during the period of the Olympic Games for decorative fountains and the themed lake.

"Besides the system’s efficacy, one of the key reasons for its selection was its significant reduction in footprint."

The MBR plant uses 4,864 Memcor Memjet hollow fibre membranes with a total membrane area of 180,000m², making the system one of the largest of its kind in the world. The approach achieves nutrient removal with simultaneous nitrification / denitrification through aerated-anoxic technology. It provides a big boost to Beijing’s target of processing 90% of its wastewater, with 50% for recycle and reuse.

Besides the system’s efficacy, one of the key reasons for its selection was its significant reduction in footprint, requiring 40% less space than other conventional technologies. This allowed it to fit within the existing plant’s site.

As part of the overall project, the plant was also fitted with new pumps, aeration blowers, and an ultraviolet (UV) light disinfection system, along with a series of new programmable logic controllers (PLC) for an extensive on-site supervisory control and data acquisition (SCADA) system.

The work was completed for Beijing Drainage, with the main contractor being Beijing CNC Water Technology. In addition to the MBR system, Siemens was responsible for providing process design, mechanical equipment, instrumentation, electrical and automation systems, supervising the installation, and giving operational and maintenance training.

The RO membranes were supplied by Dow Water Solutions, with the pumps coming from Flygt.