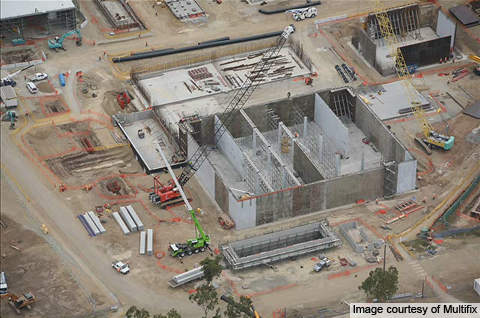 Construction of the plant started in September 2006. 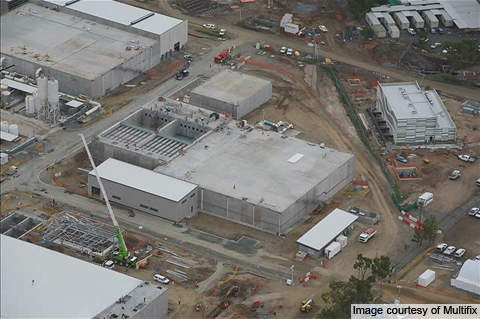 Stage 1A of the project received the Global Water Project of the Year Award in 2008. 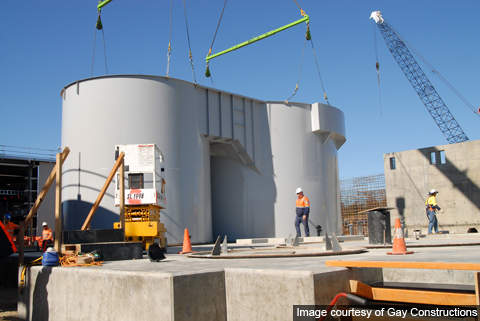 Clarifier tanks being installed at the plant. 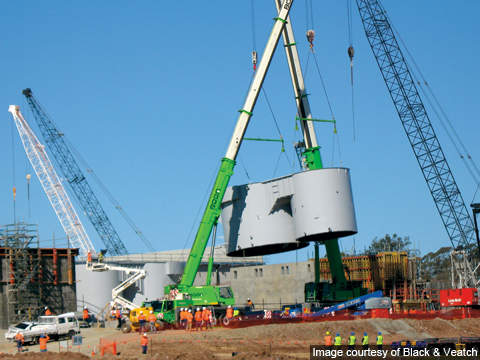 The delivery of the two clarifier tanks was one of the largest transport movements to be completed in south-east Queensland. 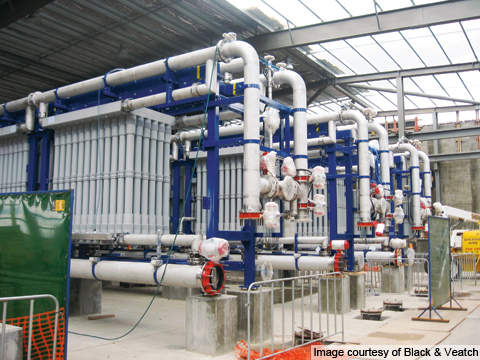 Ultrafiltration membranes installed at the plant. 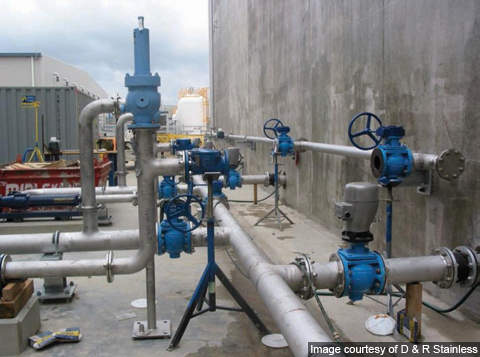 External pipes at the Bundamba plant. 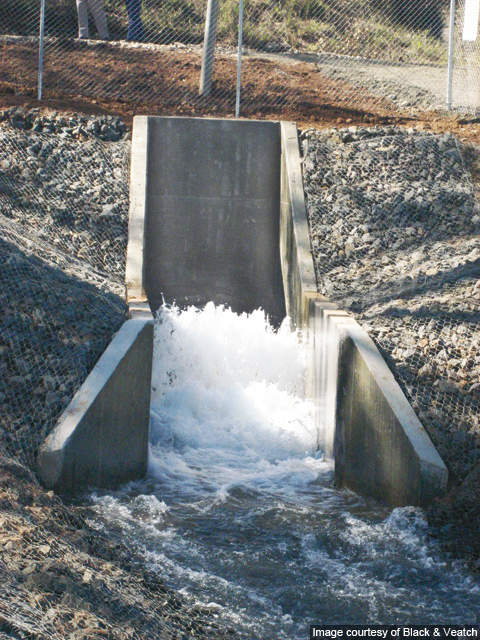 Official delivery of first water to the Swanbank Power Station occurred on 26 August 2007.

The plant was built as part of the Western Corridor Recycled Water Project (WCRW), which aimed to solve the water scarcity problem in south-east Queensland.

Built at a cost of $380m, the plant can produce 66 million litres a day (Ml/d) of treated water. Water produced is of very high quality and can be safely sent to water reservoirs.

Construction of the plant started in September 2006 and was carried out in two stages. Stage 1A was completed in August 2007, while Stage 1B was completed in March 2008. The plant became fully operational in June 2008.

Stage 1A of the project received the Global Water Project of the Year Award from Global Water Intelligence in May 2008.

The Tarong and Swanbank Power Stations in south-east Queensland draw water from the Wivenhoe Dam, which is also a source of drinking water. In 2006, the region faced a severe drought, threatening supplies.

As a long-term solution to the problem, the Queensland State Government launched the WCRW project, which aims to recycle wastewater for industrial and agricultural use. It included construction of a 200km-long network of underground pipelines and three AWTPs at Bundamba, Gibson Island, and Luggage Point.

Stage 1A of the project included construction of a plant at Bundamba to treat wastewater. The purified recycled water is supplied to the Swanbank Power Station through a 7.3km pipeline.

The project reduced the power station’s dependence on the Wivenhoe Dam and enabled it to operate and supply power to south-east Queensland.

In Stage1B, the Bundamba plant was expanded to treat additional volumes of wastewater from existing plants at Oxley and Walcol.

The Bundamba plant includes pre-treatment lamella clarifiers with the capacity to treat up to 100Ml/d of wastewater. The treatment facilities include a 5,000m² microfiltration and reverse osmosis building, which house three core treatment processes, which are used to remove contaminants and impurities.

The residuals area of the plant treats the biosolids from the treatment process before it is released into the Brisbane River. The area includes microfiltration and backwash tanks, solids contact clarifiers and denifitrication tanks and reverse osmosis concentrate (ROC) biological nitrification process tanks. It also includes ROC tanks and lamellas, gravity sludge thickener and sludge dewatering plant.

The microfiltration process involves passing the wastewater through a fibre membrane containing pores that are 0.014 microns wide. This removes particulate matter, protozoa, and few viruses from the water. The Bundamba AWTP uses Siemens Memcor’s CP Membrane Filtration technology for microfiltration.

RO is carried out where water is passed at high pressure through MegaMagnum MM13 RO trains, which feature 65 membranes with a diameter of 18in to remove salts, viruses, pesticides, and organic compounds.

The purified water is soft and has low-alkalinity, which can corrode piping and pumping equipment. Lime and carbon dioxide are added to harden the water and increase its alkalinity.

Following treatment, the water is stored in the treated water storage tank and sent to the power stations.

The design and construct contract for the plant was awarded to the Thiess and Black and Veatch joint venture (JV).

"In Stage1B of the project, the Bundamba plant was expanded."