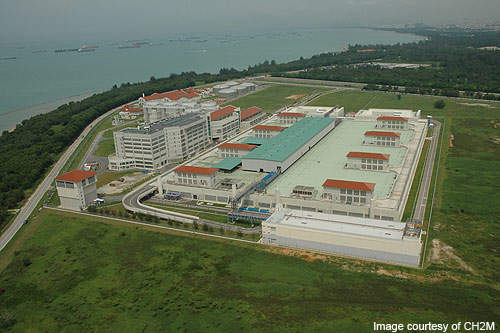 Changi Water Reclamation Plant is located at the eastern end of Singapore. 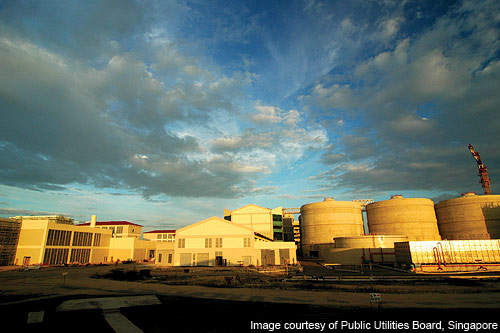 It is one of the largest and most technologically advanced reclamation facilities in the world. 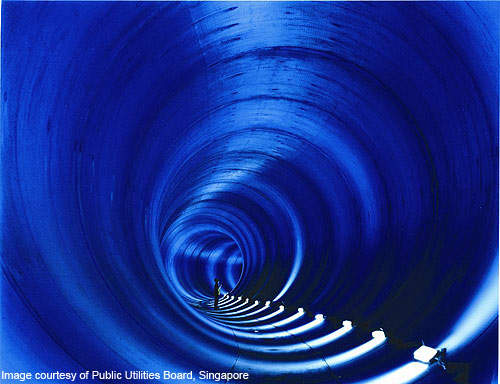 An inside view of completed deep tunnel sewerage system (DTSS). Phase one of DTSS was completed in 2008. 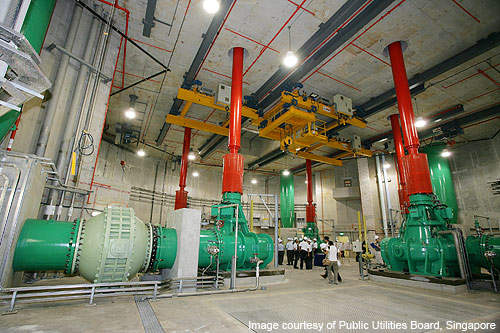 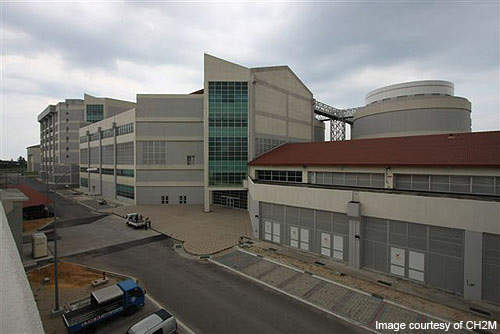 The Singapore plant is spread over 32ha of land.

The Changi Water Reclamation Plant is built partially underground and stacked for maximum compactness and land use.

Changi Water Reclamation Plant (CWRP), located at the eastern end of Singapore, is one of the largest and most advanced reclamation facilities in the world.

"NEWater is considered the pillar of Singapore’s water sustainability, currently meeting 30% of total water demand in the country."

It was opened by the country’s Prime Minister Lee Hsien Loong in June 2009. The ground breaking ceremony for the project was held in May 2001.

The plant is spread over 32ha of land and is operated by Singapore’s Public Utilities Board (PUB).

CWRP is part of the S$3.65bn (nearly $3bn) deep tunnel sewerage system (DTSS). DTSS is an important component of Singapore’s water management strategy. It allows every drop of used water to be collected, treated and further purified into NEWater, Singapore’s own brand of reclaimed water.

Phase one of DTSS was completed in 2008. In addition to the CWRP, phase one includes a 48km tunnel from Kranji to Changi, 60km of link sewer and two 5km-long deep sea outfall pipes.

Used water from the DTSS is pumped to the IPS before being transferred to headworks for treatment.

The 50m-deep IPS has two pumping stations and a coarse screen shaft. Each pumping station is installed with five influent pumps with combined pumping capacity of 400,000CMD. The IPS receives used water from a sewerage tunnel.

The treated effluent is discharged into the deep sea using a twin 3m diameter outfall pipe which is about 5km long and 35m below sea level.

Black & Veatch has been selected to provide engineering design services for the project. Phase two is proposed to include expansion of effluent pumping station, anaerobic digester and membrane plant construction. Tenders for construction and installation works were closed in July 2011 and are currently being evaluated. The expansion project is expected to be completed by 2016.

Captured wastewater at the CWRP is treated by removing the solids and nutrients present in the used water.

"Changi Water Reclamation Plant (CWRP), Singapore, is one of the largest and most advanced reclamation facilities in the world."

CWRP uses liquids and solids processes to treat the wastewater. The incoming used water is first fed into coarse screens for the removal of large debris.

The water is then transferred to headworks where smaller particles, grit, oil and grease are removed by using fine screens.

Heavy particles present in wastewater settle down at the bottom in the form of sludge while passing through double-deck sedimentation tanks. These solids are removed by moving scrappers.

After the removal of heavier organic particles, the wastewater is fed into bioreactors where impurities and colloidal organic matter are broken down by using micro-organisms.

The resultant used water is sent to secondary sedimentation tanks for the activated sludge or heavy micro-organisms to settle down. These are recycled to the bioreactors and some are sent for solids processing.

From the secondary sedimentation tanks, the treated used water is discharged into the Straits of Singapore through the 5km long outfall pipes.

NEWater is considered the pillar of Singapore’s water sustainability and currently meets 30% of the total water demand in the country.

The NEWater production process uses advanced dual membrane and ultraviolet technologies to further treat the reclaimed water.
At present, there are four NEWater factories in Singapore. The Sembcorp NEWater plant, built on the rooftop of the CWRP, is the latest and the largest one. It was opened in May 2010 and has a capacity of 50mgd.

Key players involved in the CWRP