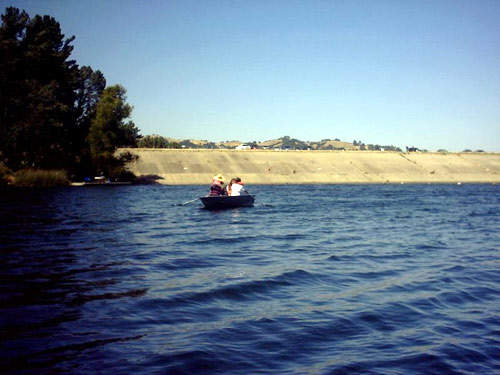 Lafayette reservoir; the associated WTP is due to be expanded – along with EBMUD’s five others – to meet future water demand. 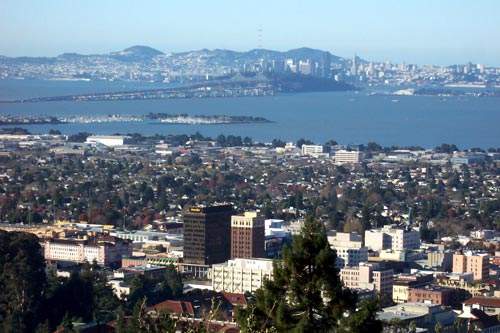 The project is set to meet forecasted demand increases. 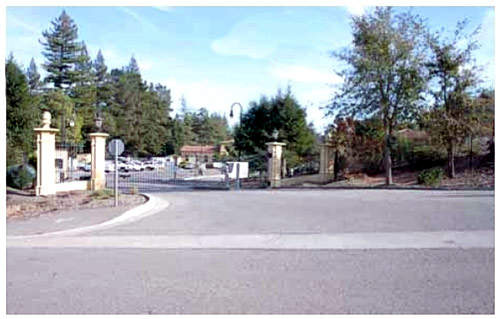 The entrance to Orinda WTP; this plant is the largest of the six, with a daily capacity of 755,000 cubic meters. 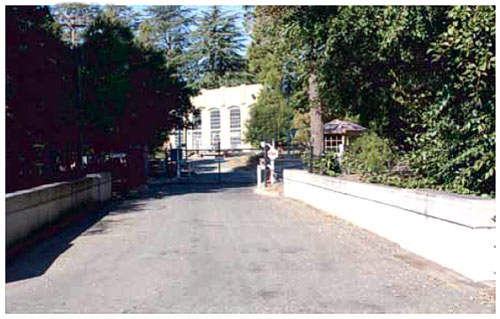 The entrance to Lafayette WTP; one of the options considered – and rejected – would have seen this plant decommissioned.

Phased over a number of years, the project requires new construction work and the refurbishment of existing facilities with the bulk of the work expected to be completed between 2011 and 2014, although some elements are scheduled to begin sooner. A series of improvements are also planned for the water distribution system itself, principally involving the provision of neighbourhood pipelines, pumping plants and water storage tanks.

Plant improvement costs amount to around $225m, with wider associated improvements to the distribution system costing a further $145m.

EBMUD’s six water treatment plants (WTPs) have a combined maximum capacity of 1.4 million cubic meters per day. With a stand-alone daily capacity of 755,000 cubic meters, the Orinda facility has the largest output and supplies all, or parts of, Alameda, Albany, Berkeley, El Cerrito, Emeryville, Moraga, Oakland, Orinda, Piedmont, Richmond and San Leandro. Varying amounts of water are supplied by the five other WTPs to balance the demand of the EBMUD service area.

Although the existing system copes with average daily water requirements, the capacity of some of the facilities makes meeting current peak usage difficult and is insufficient for the area’s projected increased demands. In addition, changes are also afoot in federal and state water quality requirements, which demand enhanced levels of treatment.

Attempts to safeguard the continuity and sustainability of supply included the formulation of a water supply management program in 1993, adoption of a scheme to provide seismic improvements to facilities in 1994 and the development of a watershed protection plan in 1996. However, amid these and other measures it became clear that it would be necessary to enhance and modernise the treatment regime and improve the ability to supply potable water.

To address these issues, EBMUD came up with two alternative options. The first involved upgrading the area’s six WTPs – El Sobrante, Lafayette, Orinda, San Pablo, Upper San Leandro and Walnut Creek – and making improvements to the treatment of the raw and backwash water together with changes to treated water storage and transmission.

The second option would require the decommissioning of the Lafayette works, requiring a new treated water storage clear-well and pumping plant. A combined tunnel/pipeline – the Orinda/Lafayette aqueduct – would also be needed to take water to Lafayette for subsequent distribution. The changes to the remaining plants were to be largely unchanged from the first option, although some of the facilities at El Sobrante and Upper San Leandro would have to be made larger.

After due consideration, the EBMUD board selected the first option – to expand the Lafayette WTP and upgrade the other plants. The second option would have proved more expensive, caused more disruption and removed the back-up potential of the extra plant.

Water arriving at the plants is forced through fine nozzles to aerate it before coagulants are added to encourage particulates to flocculate and settle in the sedimentation basins – achieving a suspended solids removal efficiency of around 85%.

After filtration, chlorine solution is dosed into the water, using finely controlled amounts on an ongoing basis, with small volumes of ammonia being added to form chloramine before the water enters the distribution system. Two of the plants – El Sobrante and Upper San Leandro – use ozone and peroxide for disinfection and to help control taste and odour. By law, fluoride must be added to the water leaving the plants.

To stop lead from the pipes and plumbing leaching out into the supply, the water is dosed to keep it slightly alkaline – the average pH being maintained at around 8.5pH–9.1pH. Calcium or sodium hydroxide is added either at water treatment plants themselves or to the associated source reservoir.

The East Bay Municipal Utility District is the project sponsor, with design services being provided by Carollo Engineers. Northwest Pipes are to provide pipework. Modern Continental did some of the initial microtunnelling.