Board of supervisor's approval

Start up / phase I construction completed

The new RO facility is designed for easy future expansion. When phase II doubles the plant's capacity in 2010, no major construction work will be required. 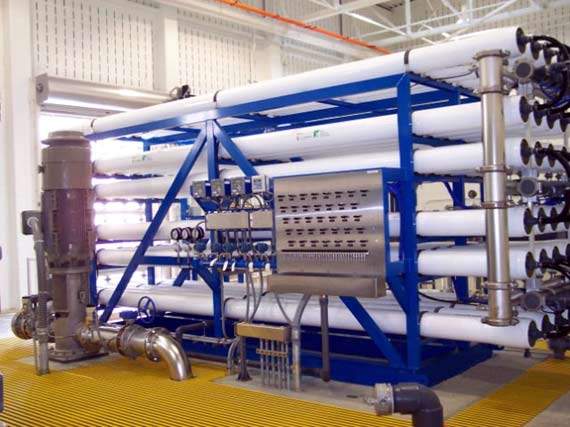 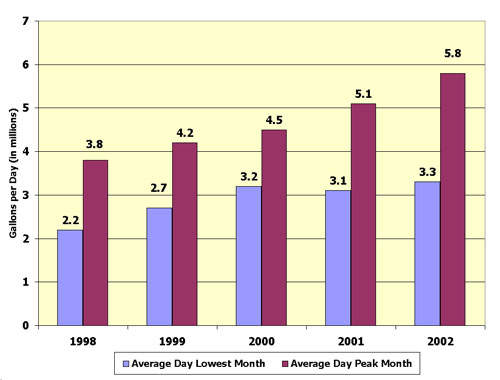 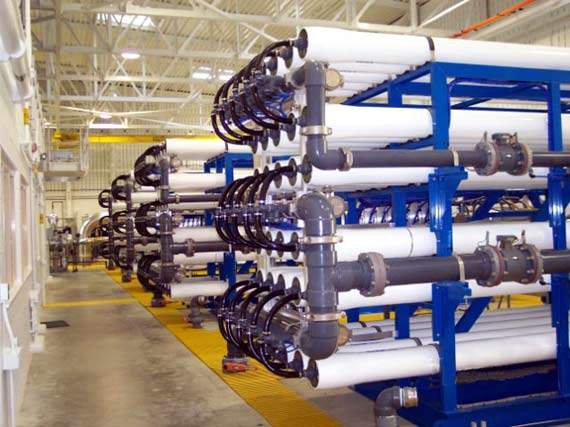 Four RO modules have been installed; phase I utilises two of them and the remaining pair will be connected and brought on-line in phase II. 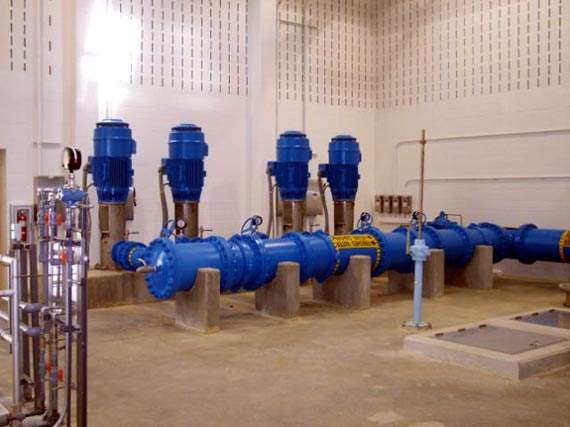 Five on-site wells draw brackish water from the Middle and Lower Potomac aquifers, which is subsequently pumped to the RO trains under high pressure. 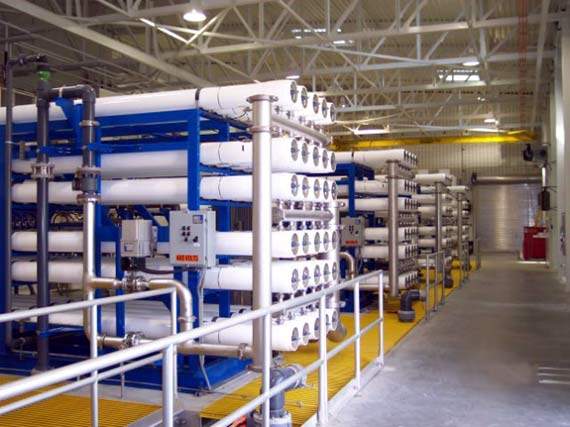 The new Five Forks treatment facility forms the first part of a regional solution to develop new water sources and reduce dependency on existing supplies. Having successfully completed its commissioning stages in August 2005, phase I of this Reverse Osmosis (RO) plant is now treating around 10,000m³/day of brackish groundwater to potable quality, with an expansion planned to double this by 2010.

Phase I of the project principally involved the construction of a new facility building and the installation of the membrane system. Associated works include providing supply wells, a concentrate discharge pipeline and product water distribution main, together with ancillary grading and landscaping. The project also called for process control instrumentation and a plant-wide SCADA system.

The plant has been designed to permit easy expansion in the future. The planned second phase of the project to double capacity will add further treatment processes but will not require any major extension of the facility’s infrastructure.

The phase I cost was approximately US$20 million. 75% of the project was funded by revenue bonds, with the remainder coming from JCSA reserve funds.

Like many other parts of the United States, the region is experiencing ever increasing demands on available water resources. In addition to supplying James City County itself, JCSA also provides services to certain sections of the neighbouring York County and the City of Williamsburg. The central water system has 29 wells with a further nine independent water systems with eight well facilities, which feed into over 450km of water transmission and distribution pipes, supplying around 16,500m³ to consumers daily.

Although JCSA has withdrawal permits allowing a daily extraction of over 26,500m³ of groundwater, if the current rate of growth continues, it is projected that this will prove insufficient by 2013. In addition, currently around 65% of the supplied water comes from the Chickahominy-Piney Point aquifer, which has begun to show signs of stress in recent years.

Facing a need to source an additional annual 5,530,000m³ to meet predicted needs to 2040, the authority has instigated a programme of water conservation and joined a major regional effort to supplement available supplies with surface water or desalinated groundwater.

The two phases of the Five Forks project form the first part of the response, but it is generally felt that by 2015, a Peninsula-wide regional solution will be necessary to ensure future sustainable water supply. What form this may take has not yet been decided, but the use of water from the King William Reservoir and a second RO treatment facility are thought to be two likely options.

Five on-site wells provide the facility with brackish water from the Middle and Lower Potomac aquifers, which is subsequently pumped to the RO trains, entering under high pressure.

The installed membrane system itself comprises four RO modules with a capacity to produce 3,800m³/day of potable water each. Phase I utilises two of these trains to provide treatment for the plant’s throughput of around
10,000m³/day of raw extracted water.

Around 80% of this input is converted into product water, with the remaining 20%, which forms the concentrate stream, being discharged into the James River, via a 0.3m diameter underground pipeline. The product water is then mixed with water from other sources to provide a palatable blend for supply before being chemically treated and distributed via a new 0.4m main.

The two additional RO modules required to double the plant capacity in phase II are also currently in place – obtained at the same time to ensure identical equipment – and will simply require connection to provide the planned future expansion. Although this is scheduled for 2009/2010, the successful conclusion of start up in August 2005 led to some discussion regarding the possibility of moving ahead more quickly.