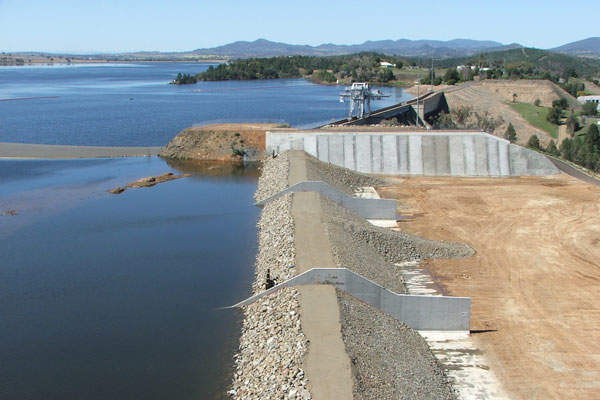 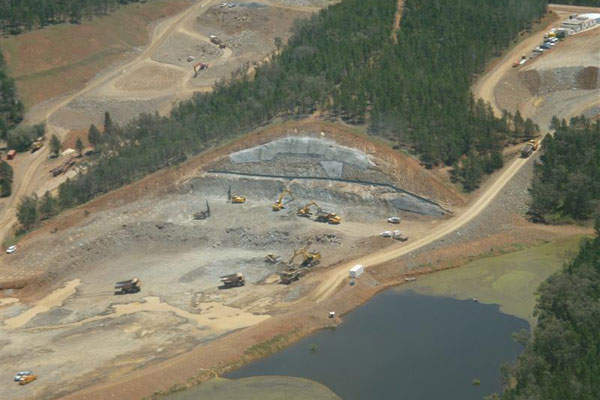 The safety upgrade project is funded by the NSW Government. Image courtesy of State Water Corporation. 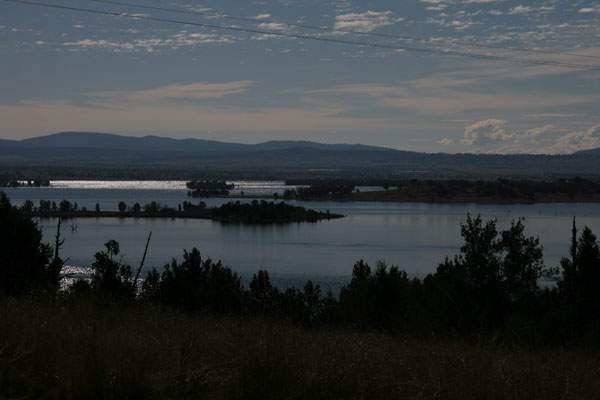 Keepit Dam creates Lake Keepit which has a catchment area of 570,000ha. Image courtesy of Casliber.

Keepit Dam located on the Namoi River in New South Wales (NSW) is being upgraded to comply with safety standards. The project is a major component of the seven dam upgrades funded by the NSW Government and managed by State Water throughout regional NSW.

The upgrade project will protect the communities of Gunnedah, Narrabri, Wee-Waa and Walgett from extreme floods and enable the dam to withstand earthquakes. The storage capacity and water releases from the dam will however remain constant.

Keepit Dam upgrade is being implemented under two contract packages. The first contract package worth $40m was started in March 2010 and completed in November 2011. Construction of the second phase is expected to commence in 2014 and complete by 2016.

The upgrades to the seven dams are expected to generate quarter of a billion dollars into regional economies. The total investment on the project is expected to reach $146.4m.

Keepit Dam is a major gated dam comprising of a spillway with six radial gates. It is a mass concrete gravity dam with an earth fill abutment and a central gated concrete overflow crest. It provides flood mitigation, hydro-power, irrigation, water supply and conservation. Its construction commenced in 1939 and was completed in 1960.

The dam has a crest length of 533m, is 55m high and covers a surface area of 4,730ha. It impounds Namoi River and creates Lake Keepit with its catchment area covering 5,700km2. The storage capacity of the dam is 425,510 mega litres and the power generation capacity is 6MW.

The new main saddle dam is 185m long and 7m high. The project necessitated the construction of two concrete batch plants and a large refrigeration unit to provide the batch plant with cool water. Modifications were also made to the Lake Keepit Recreation Park by constructing a new amenities building, relocating the caravan sites and providing ancillary facilities.

Project activities under the second contract package will primarily involve the raising of the dam by 3.4m, raising the embankment dam with a parapet wall, increasing flood and seismic loading by installing post-tensioned anchors, modifying the spillway gates, upgrading the electrical appliances and modifying the gantry crane.

It will also involve the construction of two new fishways downstream at Mollee and Gunidgera and removal of the Weeta weir to provide fish passage. Certain upgrades will be made to the Split Rock Dam to withstand extreme flooding.

"Certain upgrades will be made to the Split Rock Dam to withstand extreme flooding.“

The electrical works will be carried out prior to the main construction works under the second phase of the project. The project will also witness the construction of a multi-level offtake structure at the main dam wall to improve the quality of water downstream.

Hamcon Civil was contracted to remove the two cofferdams, constructed as part of the first contract package, from the site. The detailed design work for the second phase is being carried out by SMEC.

Delta Works is a massive chain of flood protection structures that were constructed after the occurrence of the North Sea flood of 1953.