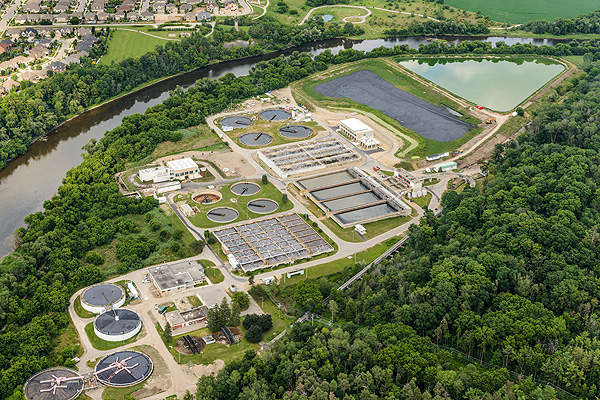 An overview of the Kitchener Wastewater Treatment Plant. Image courtesy of Region of Waterloo. 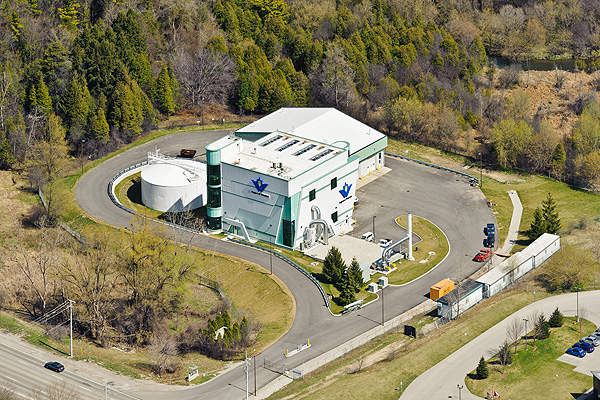 Aerial view of the new dewatering facility at Kitchener WWTP. Image courtesy of Region of Waterloo. 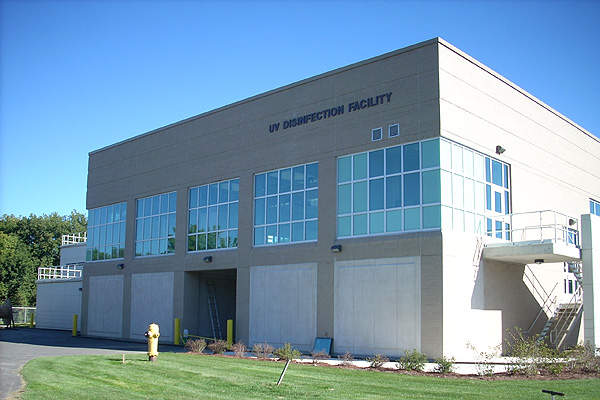 The UV disinfection facility was constructed as part of the second phase of the current project. Image courtesy of Region of Waterloo. 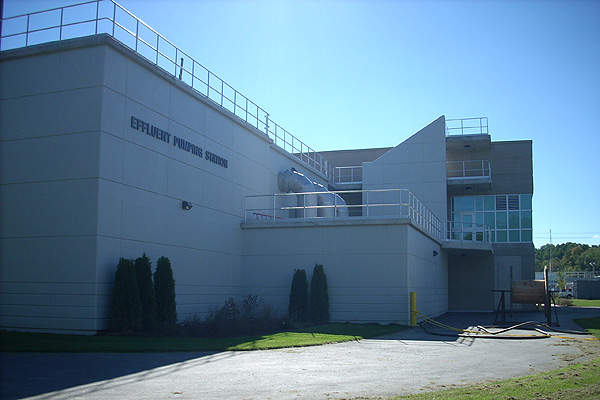 The new effluent pumping station of the Kitchener WWTP. Image courtesy of Region of Waterloo. 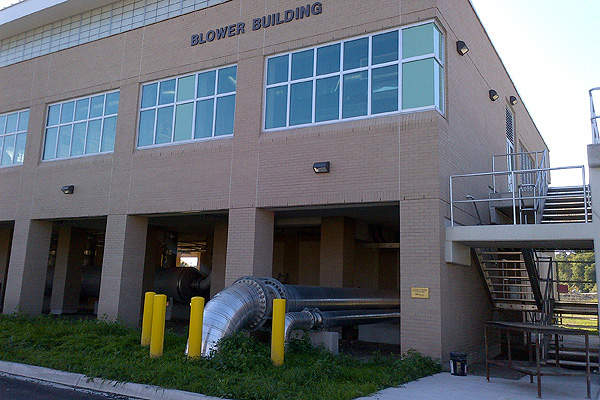 The construction of the new air blower building is also completed as of June 2013. Image courtesy of Region of Waterloo. 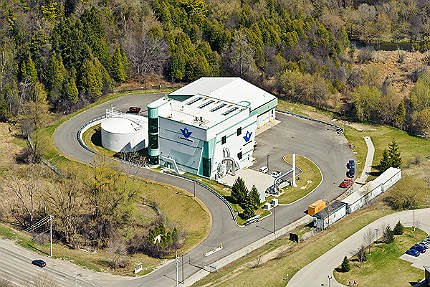 Region of Waterloo’s Kitchener Wastewater Treatment Plant (WWTP), located at 368 Mill Park Drive in the City of Kitchener, Ontario, is currently being upgraded. The project will primarily improve the odour management and the water quality in the Grand River.

The upgrades were proposed in the Region of Waterloo’s 2007 Wastewater Master Plan, with construction activities commencing in 2010. Upgrades will be completed in 2022.

The first phase (2009-2012) included the design and construction of a new dewatering facility for the Kitchener WWTP. The new facility was designed and contract administered by Tetratech.

The second phase (2009-2013) included the design and construction of a new UV disinfection facility, effluent pumping station and upgradation of plant two, with fine bubble diffusers and a new blower building. The consultants involved in the detailed design and contract administration was the CH2M Hill / Eramosa Engineering team.

Following the completion of the Class EA, the Region and its consultants AECOM are working on the detailed design of the next contracts including a new Energy Centre, digestion upgrades, new secondary treatment, new headworks, new outfall and new tertiary treatment to be constructed by 2020.

Future contract phases will include a new administration building, sludge thickening and miscellaneous upgrades that will be completed by 2022.

The estimated cost for the project is $340m, with funds being sourced from the Regional Development Charges and the Regional Wastewater Reserve Funds. Federation of Canadian Municipalities (FMC) awarded $200,000 in grant funding and $2m in low-interest loan funding through its Green Municipal Fund in October 2011 for the plant two upgrades including the new blower building.

"The first phase (2009-2012) included the design and construction of a new dewatering facility for the Kitchener WWTP."

The water treatment plant was originally constructed in two phases, respectively in the 1960s and 1970s. It has a designed capacity of about 120 million litres per day (MLD), currently operating at 60% of its designed capacity. The treated effluents from the WWTP are being discharged to the Grand River.

Components and construction of the WWTP upgrades

The first phase was completed by early 2012 with a new dewatering facility located approximately three kilometres away from the Kitchener WWTP including two centrifuges, cake hopper and conveyors and biofilter odour control system, effluent water system and centrate force main.

"Waste heat from the air blowers will be used to provide building heat in the blower building during cold seasons."

Phase two upgrades to the aeration system of the two existing plants and construction of a new air blower building are completed as of June 2013. Other completed facilities under the current project include a new ultraviolet (UV) facility and a new effluent pumping station.

The third phase of the project is being implemented under five different contract phases. Contract one involves the decommissioning of the existing biosolids storage lagoons to enable process replacements, and construction of a digested sludge pumping station.

Contract two involves upgrades to the energy centre and the anaerobic digestion facilities. Contract three will involve the construction of new secondary treatment plant and headworks.

Contract four will involve the construction of the tertiary treatment plant with a capacity of about 60 to 80 MLD and new outfall. The final (future) contract will upgrade the sludge thickening facilities and add a new administration building.

A new process control network integrating supervisory control and data acquisition (SCADA) system will also be installed as part of the project.

The project will enable conversion of the biosolids into cake form rather than liquid form and reduce the amount of ammonia-nitrogen in the treatment plant effluent by about 75%.

The current project, however, will not increase the treatment capacity of the plant, as the current capacity is adequate to serve the community until 2041.

Energy efficiency at the treatment plant will be improved by recycling the effluent water for use as process water for the biosolids dewatering facility.

Other energy efficiency measures include the installation of large windows, skylights and white roofs for the UV disinfection facility and blower building and dewatering facility, use of specialised mixes of concrete incorporating waste materials and installation of variable frequency drives (VFDs) on all major electrical equipment.

Port Mann Water Supply Tunnel is being constructed by Metro Vancouver, under the Fraser River, the largest river in British Columbia.