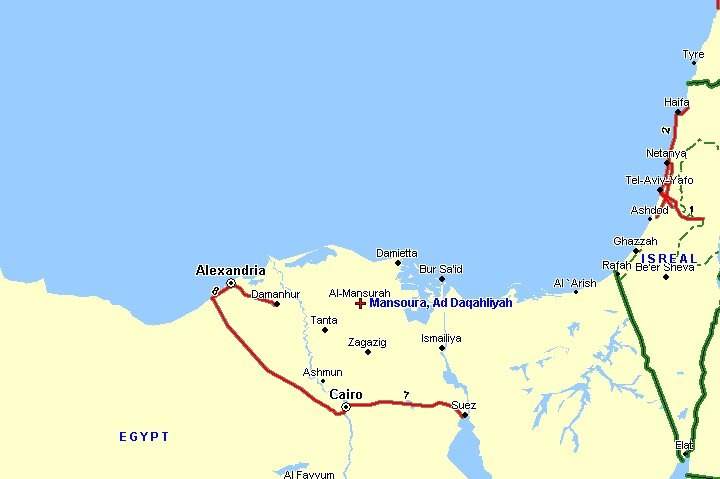 Map showing the location of Mansoura (Ad Daqahliyah) in Egypt. 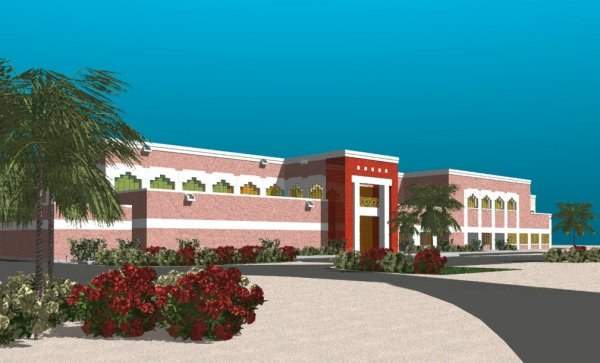 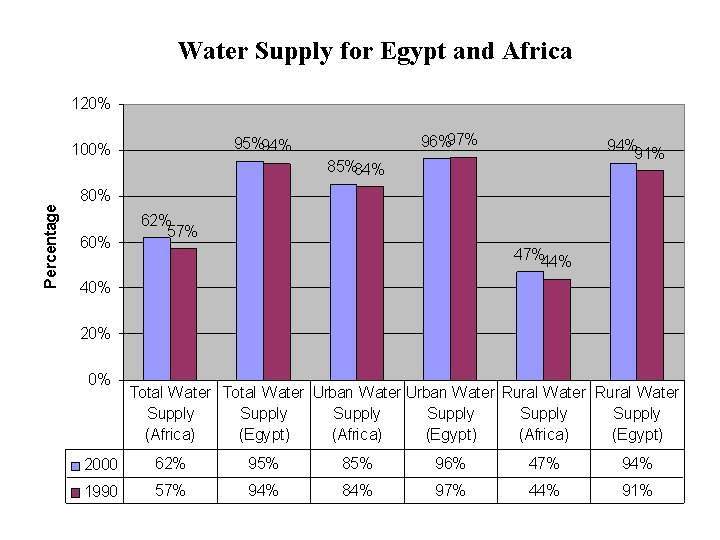 Graph showing the water supply of Egypt in comparison to the rest of Africa. 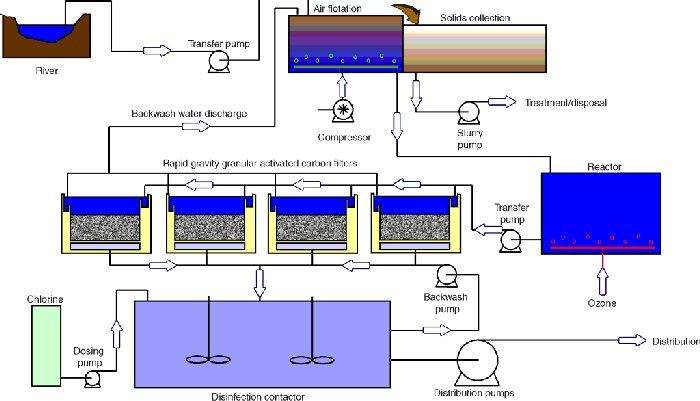 Egypt’s National Organisation for Potable Water and Sanitary Drainage has built a 105,000 cubic metres per day water treatment facility and rehabilitated an existing plant at Mansoura, near Cairo. An American unit of ABB, ABB SUSA of North Brunswick, undertook the $44 million contract to construct the plant. The company reportedly won the contract on the basis that it was the lowest cost bidder.

Egypt’s Environmental Law was issued in 1995 and requires that all companies in Egypt, public and private sector, must come into compliance with a number of relatively strict environmental standards. There was a period of three years for existing companies to comply, but this period expired in February 1998, from which point all companies that do not comply face fines, penalties and the possibility of being shut down.

A new Egyptian Ministry of State for Environmental Affairs was established in the summer of 1997, which emphasises the Egyptian government’s seriousness in seeking to solve the country’s environmental problems. The new Environmental Ministry has been actively taking steps to stop pollution of the air and water. From a regulatory standpoint, the commissioning of this body has created a sweeping demand for environmental services and equipment.

US business links in Egypt are substantial with investments for water/wastewater activities during the Government of Egypt’s five-year plan (1998-2002) estimated at $4.63 billion. This figure includes both the cost of equipment and contracting costs.

Much Egyptian economic activity is still in the hands of the public sector, and this includes the Egyptian water and wastewater industry as well. However, there is a growing need for private sector input. This affects the economy in general but also the water and wastewater industry in particular. Strong growth in the Egyptian waste and water industry has been brought about by changes to environmental law, as well as by a continual growth in the general economy of 5% per annum.

The project was engineered by Camp, Dresser and McKee. The cost of the undertaking has been pegged at $44 million.

Under the terms of the contract, ABB (as lead contractor) was responsible for building a plant with an installed processing capacity of 27 million gallons per day, which is enough water to service 50,000 households. In addition, the company will also undertake the rehabilitation of an existing facility at Mansoura. Osman Ahmed & Osman, a local company, has been employed as a sub-contractor in the construction of the pumping station.

On 10 February 2002, the new Mansoura water treatment plant was opened by Daqahliya Governor Dr. Ahmed Saied Sawan and U.S. Agency for International Development (USAID) Assistant Administrator Lori Forman. The plant has a capacity to serve about 770,000 people and accommodate population growth in Mansoura until the year 2025.