Flotation to 4%; centrifugation to 6% 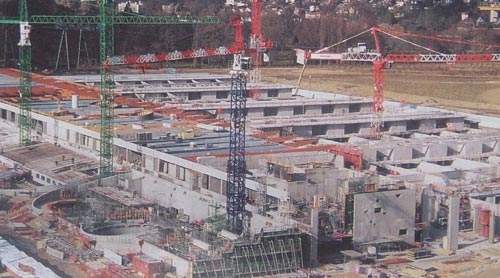 The upgrade at Seine Aval is a major element in the 15-year scheme to improve wastewater treatment for the whole of the Greater Paris area. 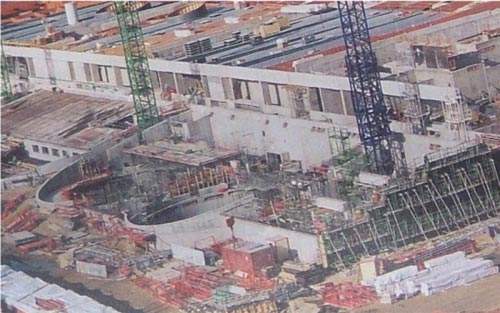 The upgrade programme also includes a major expansion of the existing sludge processing arrangements and the installation of new electrical substations. 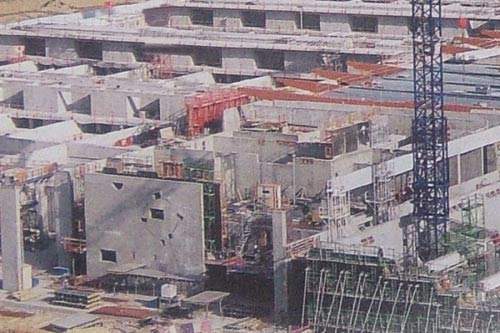 Scheduled to enter service in 2007, the new nitrification / denitrification plant is intended to help with the goal of full nitrogen treatment for all of the region's wastewater by 2015. 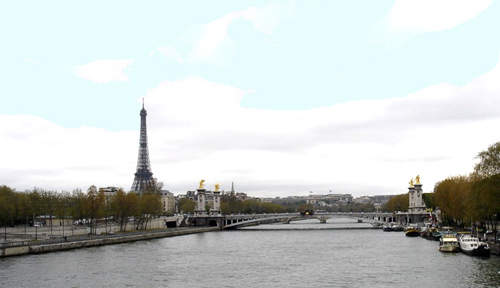 Earlier efforts to reduce pollution into the Seine have already begun to bear fruit. A recent study identified 35 species of fish within the boundaries of the city – compared with 15 only two years previously.

Part of a 15-year scheme launched in 2000 to improve wastewater treatment for the whole of the Greater Paris area, the upgrade at Seine Aval – Europe’s largest WWTP – is a major programme of works. It includes an extensive new nitrification / denitrification facility.

Phase one of the project that included the nitrification facility, entered service in 2007. It forms the main element in the planned extension of full nitrogen treatment to all of the region’s wastewater by 2015. The scheme has been designed to meet the demands of both projected population growth and new discharge regulations.

Phase one also included significant expansion of the sludge processing arrangements and the installation of five HVA substations, together with extensive associated equipment and instrumentation. The total project cost of phase one approached €391m.

Phase two of the upgrade, which is currently underway, is expected to be completed by 2011. A contract worth €287m was awarded to Veolia Water in 2008 to continue the work on effluent denitrification facility. Once completed, the plant will be capable to denitrificate 30% of incoming effluent during dry weather. Denitrification will be carried out through the Biosep immersed membrane bioreactor process.

Environmental considerations have been at the core of this project from the outset, not simply as a result of its primary goal to reduce pollution into the Seine, but also in terms of working practice, material selection and the mitigation of its impact on the immediate area. In addition, a 45ha meadow has been created, some 85ha of parkland will ultimately be established along the river and more than 25,000 trees will be planted.

Syndicat Interdépartemental pour l’Assainissement de l’Agglomeration Parisienne (SIAAP) – the wastewater authority for the region – had awarded the contract to a consortium led by OTV France. The group comprised two sub-consortia from the fields of civil engineering and wastewater treatment.

Originally commissioned in 1940, the Seine Aval plant at Achères treats the effluent from around 80% of the population of the Parisian region and has a rated capacity slightly in excess of 2m m³/day.

“Environmental considerations have been at the core of this project from the outset.”

Prior to phase one upgrade, the biological treatment train consisted of an activated sludge process for organic carbon removal, but changes in the regulations regarding the nitrogenous component of effluent led to a four-year, on-site pilot study of three nitrification prototype reactors. As a result, the decision was made to use the Biostyr process, the new facility requiring the construction of 84 nitrification and 11 denitrification basins and the installation of some 55,000m³ of filter medium.

In addition, the wider improvement project implemented new regional treatment systems, enabling the volume of effluent arriving at the plant to be reduced to 1.7m m³/day after commissioning the new nitrogen treatment facility and to 1.5m m³/day by 2015. The scheme’s slogan – traitez moins, traitez mieux (treat less, treat better) – perfectly sums up its goal.

The arriving flow undergoes substantially conventional initial phases, with a pre-treatment stage comprising screening, de-gritting and de-oiling. It is followed by primary settlement to remove suspended solids before entering the activated sludge process.

Effluent clarification uses a ballasted coagulation / flocculation process with lamella settling. This system, which was selected for its high efficiency and turbidity removal, was commissioned in 2004 and is designed to exclude phosphorus in normal conditions and treat storm flows in wet weather. The system is a compact process using microsand to provide a high surface area to enhance flocculation, assist floc formation and act as ballast which aids rapid settlement.

The new Biostyr installation in the upgraded plant, formed the last step in the treatment train and achieves full nitrification of the flow and remove any residual carbon or suspended solids. The effluent leaving the process is then subjected to partial denitrification to 30%.

The Biostyr process combines total nitrogen removal with treated water clarification in a single stage and within a single vessel, the light polystyrene bead media floating when immersed and the water being treated filtering upwards through it. This arrangement enables the accumulated solids to be removed by periodic gravity backwashes using treated water, thus avoiding the need for extra pumps and reducing energy costs.

In addition, the use of a counter current backwash reduces potential odour nuisance, since both the air and the nozzles on the effluent side are only ever in contact with treated water.

The new facilities have been sized to cope with flows ranging from a dry weather 24m³/sec to 45m³/sec in the wet, with the capability of handling exceptional peaks of up to 52m³/sec.

Residual sludge from the process is dewatered firstly by flotation to 4% dryness and subsequently to 6% by centrifugation.

In addition, the plant’s overall sludge regime also underwent a major upgrade to extend the pre-existing on-site treatment of its carbon and phosphorus content to encompass thickening, digestion, thermal treatment and dewatering before the final product is landfilled.