The City of Toronto Parks department 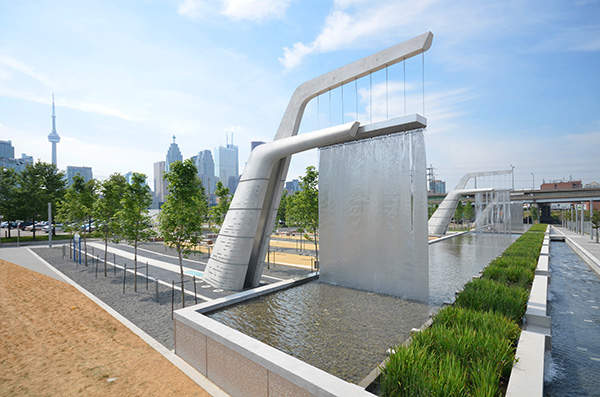 The Sherbourne Common stormwater treatment facility was built at a cost of $30m. Image courtesy of Waterfront Toronto. 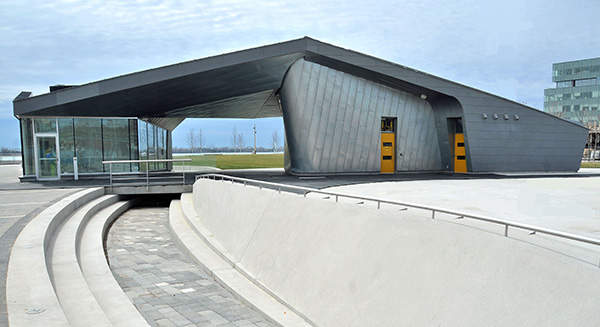 Pavilion of the Sherbourne Common park that houses the stormwater treatment and UV facilities. Image courtesy of Waterfront Toronto. 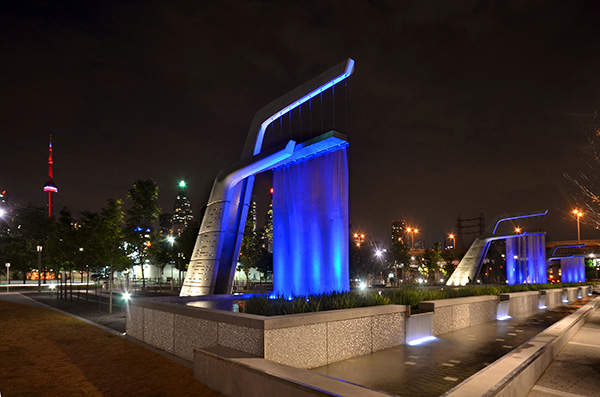 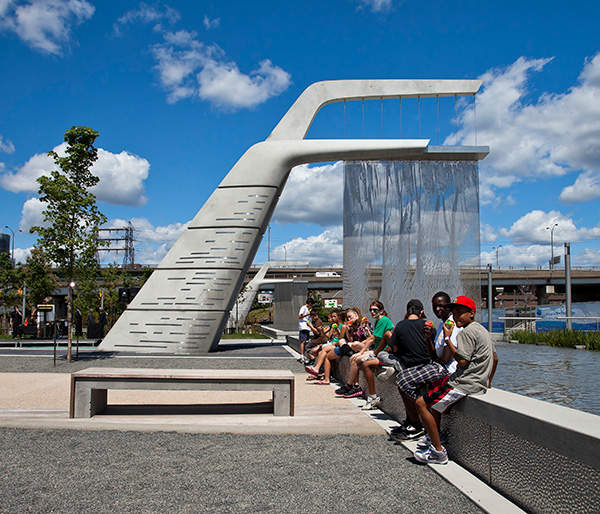 The Sherbourne Common park was opened to the public in July 201. Image courtesy of Waterfront Toronto. 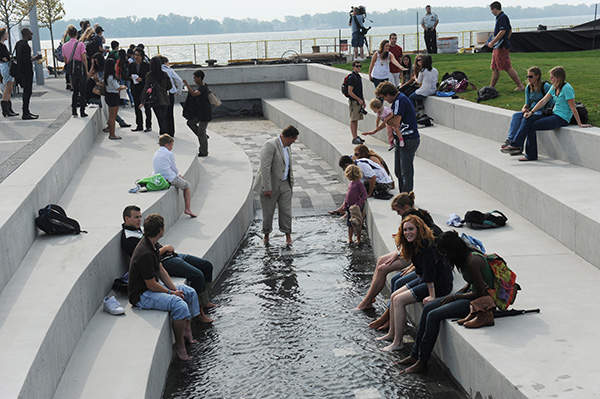 The treated water flows through biofiltration beds of the park channel before being discharged into Lake Ontario. Image courtesy of Waterfront Toronto. 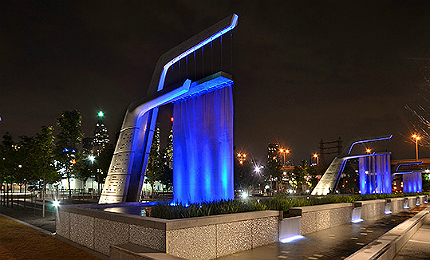 Sherbourne’s stormwater treatment facility is located in the Sherbourne Common waterfront park in Toronto, in the state of Ontario, Canada. The facility is built on a former industrial site which was redeveloped into public recreational space.

"Ultraviolet (UV) water disinfection was chosen to treat the runoff water to make it suitable for human contact in Lake Ontario."

It will also include development of a nine metre wide pedestrian area between buildings and promenade. About 200 trees will be planted across the development. The park will serve the surrounding communities that are being developed with residential, educational, commercial and mixed-use facilities.

Need for the stormwater treatment facility

The area is prone to combined sewer overflow (CSO) during heavy rains, resulting in the microbial contamination of water supplied to the park.

Ultraviolet (UV) water disinfection was chosen to treat the runoff water to make it suitable for human contact in Lake Ontario.

The UV treatment process does not require any chemicals and also regulates the chlorine-resistant protozoa, such as Giardia and Cryptosporidium, to low levels.

The project is designed to meet the NWQMS Australian Guidelines for Water Recycling: Stormwater Harvesting and Reuse standards.

Design of the Sherbourne Common system

"The UV treatment process does not require any chemicals and also regulates the chlorine-resistant protozoa levels."

The stormwater treatment facility is located in the basement of the Pavilion of the Sherbourne Common park. The pumping station consists of divided wet wells with submersible pumps and associated valves and discharge pipelines. Discharging pipes are connected to a common discharge header at the upstream. The entire infrastructure, processing equipment and the UV units lie within the basement.

Trojan supplied and installed two TrojanUVFit reactors at the UV facility. The reactors have capacity to treat stormwater at a rate of 70L/s (1.6MGD) each. One of the two units is redundant and will be used when the duty UV unit is unavailable (100% redundancy). The facility has space for installing another reactor to bring the total treatment capacity to 140L/s, with 50% redundancy.

Stormwater runoff is collected in storage tanks located below the Boardwalk (West) Water’s Edge Promenade, for initial treatment. These underground tanks provide sedimentation of suspended solids in the water.

The clarified water then flows through a large tank below the planned Parliament WaveDeck, which acts as an artificial wetland. Its platform has three holes for penetration of ultraviolet (UV) rays for treatment.

The water is then conveyed to the pumping station and UV facility of the Sherbourne Common park. The UV plant is installed with Trojan UV equipment which emits strong UV light to disinfect the water.

The treated water is then conveyed through a 240m long artificial water channel of the park which is accessible to the public. Three nine metre tall art sculptures cascade the treated water to allow its flow throughout the channel. These Light Showers combine lighting and water for aesthetics at the recreational park.

The cascaded water is collected from the park or drawn from the lake. The channel has biofiltration beds which further treat the water before discharging it into Lake Ontario.

TrojanUVFit closed-vessel UV disinfection system was installed at the facility.

It is a compact and energy-efficient reactor which allows treatment of water at different flow rates based on the configurations.

The reactors are equipped with automated wiping system to reduce the fouling of quartz sleeves that surround the UV lamps and increase its efficiency.

The stormwater management facility was designed by the Municipal Infrastructure Group. The company also provided engineering and contract administration services for the UV treatment system and pumping station.