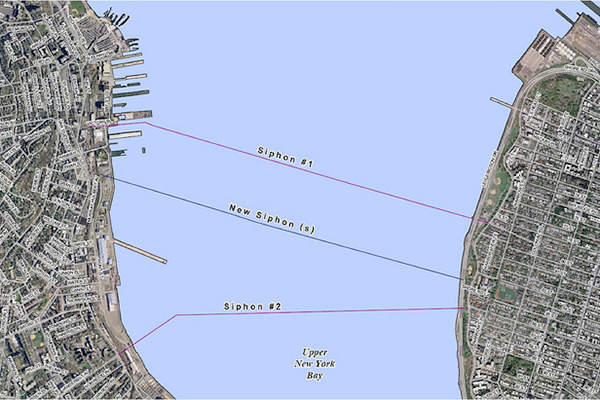 The Staten Island Siphon is being built to replace the existing two siphons. 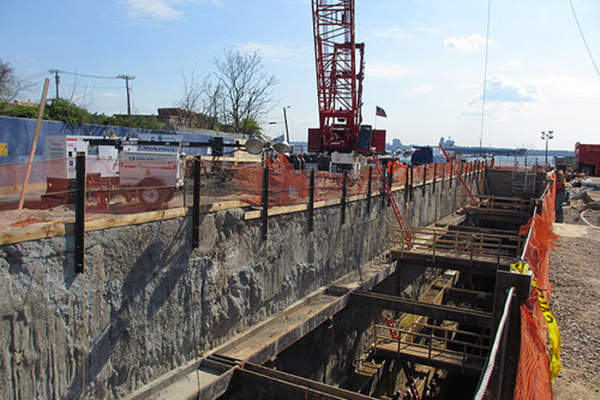 Construction of the Staten Island Siphon is expected to be completed by the end of 2014. 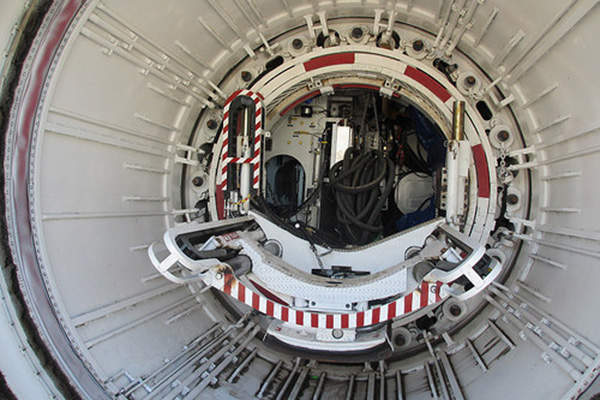 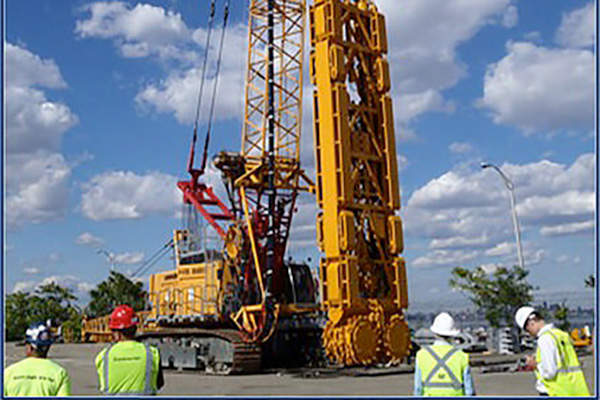 The 125t capacity crane with hydromill is used to excavate the slurry wall panels.

The $250m project is being financed by the New York City Department of Environmental Protection (DEP) and the Port Authority of New York & New Jersey (PANYNJ).

Work began with the construction of access shafts at either ends of the site in August 2011. Tunnel boring machines (TBM) began tunnelling operations in July 2012 but work on the project was suspended in October 2012 in advent of super storm Sandy.

Construction work resumed in April this year after dewatering of the shafts and tunnels, and completion of necessary damage assessments. The tunnelling portion of the project is expected to be completed by the end of this year.

The siphon project is expected to create more than 275 construction jobs and meet the drinking water requirements of more than 500,000 Staten Island residents.

The project will supply five million gallons per day (mgd) of drinking water under normal circumstances, and in emergency conditions it is expected to supply an average of 50mgd with a peak flow of 150mgd.

New York City Tunnel No. 3, US

New York’s City Tunnel No. 3 is one of the most complex and intricate engineering projects in the world. The tunnel will eventually span 60 miles and is expected to be complete by 2021.

New York city drinking water is collected in reservoirs at the Hillview reservoir in Yonkers and distributed through aqueducts entering New York City Tunnels 1, 2 and 3. The tunnels pass through the boroughs of the Bronx, Manhattan, Queens and Brooklyn, approximately 500ft below street level.

Built in 1917 and 1925, the existing 36in and 42in diameter water mains carry drinking water from Brooklyn to Staten Island. The siphons are located at a depth of 56ft and 60ft below the New Jersey Harbour. With the growing water demands of Staten Island, the 10ft diameter Richmond Tunnel was built as an alternative in 1970.

The existing siphons are no longer used as the primary source of water; they instead act as an alternative drinking water supply channel with a capacity of 50mgd to the residents of Staten Island.

The new water siphon is being excavated at a depth of 100ft to accommodate dredging operations that are being conducted as part of the New Jersey Harbour Deepening Project, which involves deepening the channel to a depth of approximately 54ft below the mean low-water (MLW) level.

Construction of the siphon connecting Brooklyn with Staten Island

The Staten Island siphon project involves replacing the existing two siphons with a 72in-diameter steel pipe, fitted into a 12.5ft-diameter, 9,500ft-long tunnel under the New York Harbour. The tunnel will be built using a specialised earth pressure balanced tunnel boring machine (EPBTBM) to move through layers of clay, silt, sand and weathered and decomposed rock at a depth of 100ft.

A 95ft-deep shaft was constructed in Staten Island at the intersection of Murray Hulbert Avenue in Tompkinsville and Front Street. Similarly, a 150ft deep shaft was built in Brooklyn on Shore Road Park between 83rd Street and Shore Road Lane. The Staten Island shaft will be used to launch the 300ft-long, 110t TBM, which will excavate the tunnel for the siphon and will be retrieved at the Brooklyn shaft.

"The siphon project is expected to create more than 275 construction jobs and meet the drinking water requirements of more than 500,000 Staten Island residents."

A 6in-diameter steel water transmission pipeline will be installed upon completion of the tunnel, and the ring-shaped space between the pipeline and the tunnel will be filled with concrete.

An additional 4,000lf of steel trunk main and 4,300lf of transmission main will be installed to connect the new siphon to the existing water supply system. The project also involves replacing 3,500lf of sewer mains in Staten Island and 400lf of water mains in both Staten Island and Brooklyn; installing 8,000lf of piles to support the mains.

Improvements to the existing water mains will occur near 79th Street and Shore Road, as well as along Shore Road between 83rd and 86th Street in Brooklyn. Additional works include the construction of all the associated chambers, blow-off structures, access manholes and other ancillary facilities.

A new chlorination station will be built in the Tompkinsville site, which will have a capacity to treat 150mgd of water. Hatch Mott MacDonald (HMM) will design and construct the underground plant. The construction also covers beautification of the landscape, tree protection and replacing sidewalks around Shore Road Park.

"The project will supply five million gallons per day (mgd) of drinking water under normal circumstances."

Joint venture partners Tully and OHL USA were appointed as the general contractors for providing engineering construction and management services to NYCEDC to remove the two existing mains and installing the new siphon.

A joint venture (JV) agreement was signed between Parsons Brinckerhoff and LiRo in May 2012 to provide construction and resident engineering services for the project.

Following cyclone Sandy, the Robbins Company was contracted to work on the restoration of the TBMs and assisted with the replacement of the corroded hydraulic components and electrical components inside the tunnel.