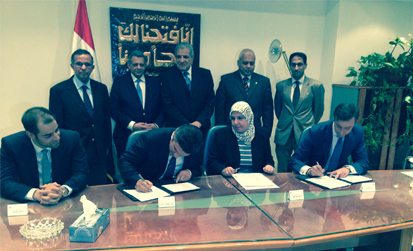 Acciona Agua has won a contract from The Construction Authority for Drinking Water and Wastewater (CAPW) in Egypt for the approximately €120m expansion of the Gabal Al Asfar wastewater treatment plant, situated on the outskirts of Cairo.

The project includes the design, construction and commissioning of the wastewater treatment plant, which is expected to around three years. The company will then operate and maintain the plant for two years, alongside German company Passavant-Roediger and the Egyptian company Hassan Allam Construction, who were jointly awarded the contract.

When completed, the plant will have a treatment capacity of 500,000m³ per day, making it the largest wastewater treatment plant in Africa.

In addition, the company also operates five drinking water treatment plants with a total capacity of over 600,000m³, for an estimated population of 6.1 million people.