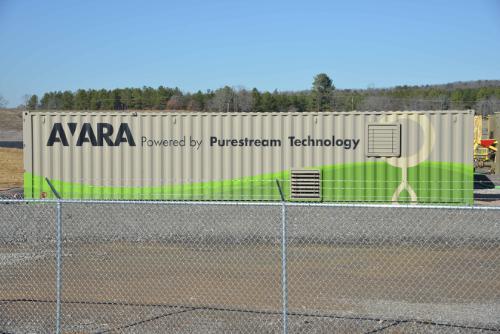 Purestream will deploy its AVARA brand vapour recompression commercial treatment system at a centralised water treatment facility that was built to accommodate produced water from shale wells operating in the region.

The plant treats wastewater near the source of production, as a result reducing the cost of processing the produced and frac flow-back water, as well as the environmental impacts of hauling the wastewater across long distances.

The Purestream AVARA water treatment system will treat produced as well as frac flow-back water for re-use for the oil and gas producer Eagle Ford.

The company will use two technologies in the treatment process – Induced-Gas Flotation (IGF) and AVARA Vapor Recompression System.

Induced-Gas Flotation (IGF) technology clarifies water by eliminating hydrocarbons and Total Suspended Solids (TSS) to less than 10ppm, followed by the AVARA Vapor Recompression System, which removes chlorides and total dissolved solids (TDS) from the wastewater to less than 300ppm.

According to Purestream, the treated, distilled water product is cleaner than US drinking water quality standards and suitable for discharge.

"This technology allows producers to integrate new water treatment options into existing operations often at or below disposal and sourcing costs while meeting thresholds for re-use," Richardson added.