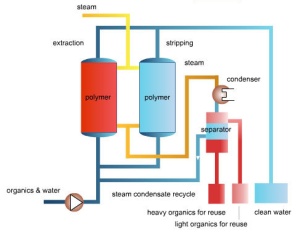 The contract was awarded by Daewoo Shipbuilding & Marine Engineering (DSME).

Operated by INPEX, the LNG project will involve offshore preliminary processing of gas from the Ichthys field to remove water and extract condensate before being transported to onshore LNG processing facilities in Darwin via an 889km pipeline.

Most condensate will be sent to an in-field FPSO from which it will be shipped to market.

The project will also produce about 100,000 barrels of condensate per day at peak.

Formation and dehydration water is co-produced during production of the gas and condensate. This contains dissolved and dispersed aromatics, aliphatics and polyaromatic hydrocarbons.

By using MPPE technology, all the toxic compounds will be removed safely. The fully automated MPPE unit is supplied in a skid-mounted module.