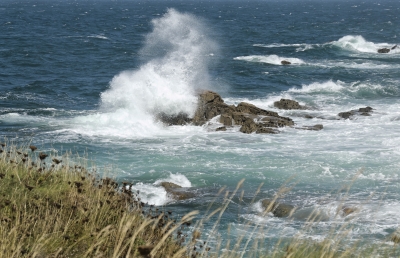 Under the AUD1.27m ($1.30m) funding, the pilot project will utilise the potential of ocean waves to power the high-pressure desalination pumps at the plant and reduce emissions and electricity consumption.

The Australian Government announced the grant from its Clean Technology Innovation Program to support the AUD2.5m ($2.56m) project.

The grant will be used to support the design and development of the seawater intake and brine discharge system, control instrumentation, and hydraulic system interface, to enable integration with a traditional desalination facility.

The desalination plant will be co-located on Garden Island with the AUD31.2m ($32m) power station, which has been built with an AUD9.9m ($10m) grant from the Australian Renewable Energy Agency.

"The pilot project will utilise the potential of ocean waves to power the high-pressure desalination pumps at the plant and reduce emissions and electricity consumption."

"The company will deploy its existing CETO technology to harness the power of waves off Garden Island to drive the desalination pumps on the island to make sea water drinkable," Gray added.

"This world-first process has the potential to reduce the electricity consumption of traditional desalination plants by up to 90%."

"These buoys move with the motion of passing waves, pressurising water that is delivered onshore to drive the hydraulic motor and pumping system for the desalination plants," Allen added.

"Together, the wave powered power station and desalination plant on Garden Island will produce power and clean, drinkable water for the Navy.

"The Garden Island site will enable us to demonstrate the technology to organisations interested in developing wave powered power stations and desalination plants throughout the world."