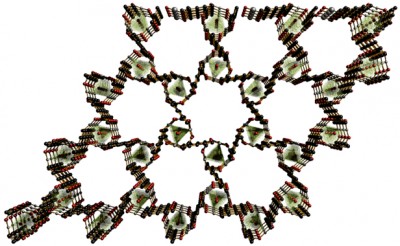 Researchers at Australia’s Monash University have developed a nanomaterial that can effectively filter out contaminants in water.

Under the leadership of the University’s Dr Mainak Majumder and Phillip Sheath, and Dr Matthew Hill from Australia’s national science agency CSIRO, a group of researchers have found that highly porous Metal Organic Frameworks (MOF) will separate herbicide poisons.

The group also claims that the new research on MOFs, which have proven gas separating characteristics, is one of the first studies to evaluate the material’s ability in water.

With clusters of metal atoms connected by organic molecules, the uniform structure of MOFs is assumed to be helping filter environmental toxins efficiently.

Commenting on the study, Dr Majumder said the MOFs are crystalline materials with pores of exactly the same size.

"So while one substance can fit in the pores and be captured, another, just one tenth of a nanometre bigger, can’t fit," Dr Majumder said.

"As a result you can detect and capture substances that are present in low concentrations, or in a mixture with other materials."
When the research group seived a herbicide called paraquat as part of the demonstration, the MOF filtered only the paraquat and left out other contaminants.

Commenting on the study, Dr. Matthew Hill said the testing application delivered accurate contamination readings in the field due to the material’s precise filtering properties.

"Because MOFs are flexible, we found that their structure changed when they absorbed the paraquat. This means that our MOF could form the basis of a device for quickly and easily testing for the contaminant in water," Dr Hill said.