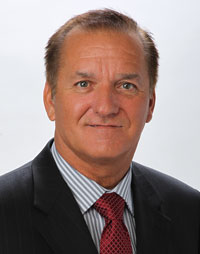 The Canadian Government has officially launched a new water treatment plant in Marystown, in the province of Newfoundland and Labrador, Canada.

Built with an investment of $13.6m, the new plant is expected to provide clean and safe drinking water to the community.

O’Brien said drinking water infrastructure is a major investment for communities throughout the province, and the government will work closely with all the communities on a continuous basis to build and upgrade systems.

"This new facility will become an integral part of the water supply system in Marystown, and will ensure that clean drinking water is available to the community for many years to come," O’Brien added.

Marystown plant is part of the provincial government’s $50m commitment for 72 water treatment projects, ongoing since 2008, with total commitment likely at $114m including investments by municipalities and the Federal Government.

Commenting on the official launch Jackman said the investment in the new treatment plant is very crucial to the residents of Marystown.

"As the community continues to grow and flourish, a modern water system is critical, and this new infrastructure demonstrates the commitment of the Provincial Government to the provision of clean drinking water," Jackman added.

Mayor Synard said, "I am confident that we now have a system in place which will meet the needs of our community long into the future."

It also offers training and certification for provincial municipalities with the help of Department of Environment and Conservation.