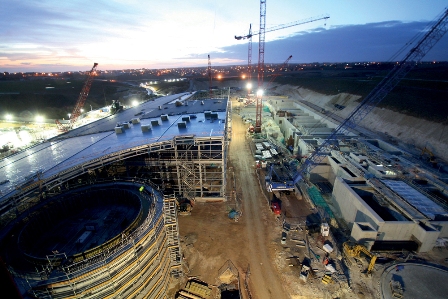 As part of a £1.5m scheme, Costain will undertake the first project, Old Roar Gill, at St Leonards-on-Sea.

The project aims to reduce the risk of the sewage system overloading during storm conditions and to prevent pollution of local water courses.

The second project is the Peacehaven wastewater treatment works in Sussex, part of a £300m environmental improvement scheme to bring cleaner seas to the Sussex coast.

The area has been rated for its natural beauty, therefore designing a scheme that was able to blend in with the surrounding area has been a key priority for Costain and the 4D team.

The winners will be announced on 7 June at the ICE Kent and Sussex Awards Ceremony at Leeds Castle in Maidstone, while the awards will be presented with support from VolkerWesselsUK, 4D and Rochester Bridge Trust.

A total of ten infrastructure projects across East Sussex have been shortlisted for the award.