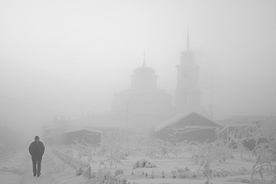 The European Bank for Reconstruction and Development (EBRD) has announced a 13-year loan of up to RUR2.1bn ($63.8m) to support the modernisation of the water supply system in the east Siberian city of Yakutsk.

Upgrade work needs to be performed on the aging water infrastructure to meet European Union and Russian standards for water quality.

Yakutsk’s existing water facilities were mostly built from the 1950s to the 1970s. They are unable to meet increasing demand from the local industrial and residential sectors.

As part of the project, city authorities will build a water treatment plant and a new reservoir to provide safe and drinkable water to its residents.

Yakutsk is undertaking the project because the local Lena River can no longer be relied upon as the city’s only water source. The river’s course has changed and it has also undergone a fall in depth. Other Siberian rivers are facing similar changes, which is affecting other water sources in the region.

The Yakutsk loan is the largest water project that the EBRD has financed in Russia to date.

With a population of around 270,000, Yakutsk is considered to be the world’s largest city in the permafrost zone. Severe climate conditions result in high costs for water supply operations and wastewater treatment in this area.

During long Siberian winters, drinking water has to be heated before supplying the distribution system to prevent water in the pipes from freezing. Likewise, hot water is injected into the sewer pipes to make the treatment of wastewater possible despite the arctic temperatures.

A separate EBRD project will help increase the energy efficiency of Yakutsk’s wastewater treatment plant, including the modernisation of wastewater pumping stations.