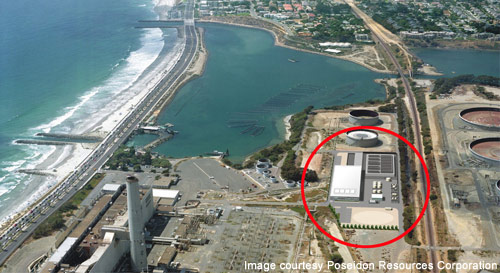 Israel-based advanced desalination solutions provider IDE Technologies has secured a contract from Kiewit Shea Desalination, to design and supply equipment for the largest seawater desalination plant in the US.

The Carlsbad desalination plant, which is to be constructed near the Encina Power Station in Carlsbad, California, US, will be able to produce up to 54 million gallons of high-quality drinking water and reduce the water shortage problem in the region.

Under the contract, IDE will provide its reverse osmosis solution for the facility, as well as latest technologies used in the pre-treatment phase of the project, to improve the plant’s efficiency and reduce energy consumption.

IDE Americas CEO Mark Lambert said, "Our view is that the Carlsbad project that we’re about to embark upon will accelerate both the visibility of desalination in North America and the ability of potential clients, both public and private, to understand how creative project delivery, creative finance and innovative process design allow these types of projects to happen."

IDE has also signed a contract with Poseidon Resources, the developer of the project, to operate and maintain the plant for a period of 30 years.

The construction of the desalination plant will begin in 2013 and is expected to be completed in 2016.

Image: An aerial view of the Carlsbad desalination project in San Diego, California.