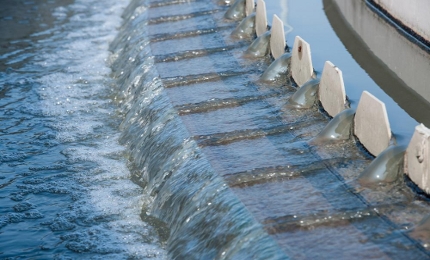 Researchers are using ‘Internet of Things’ to create a ‘Smart Lake’ at Lake George in upstate New York for big data analytics, which will help in managing and protecting the fresh water body.

Scientists from IBM Research have been working on the Jefferson Project in collaboration with Rensselaer Polytechnic Institute and The FUND for Lake George.

Scientists expect that the insight from the project will not only help in protecting the lake, but also help in creating a blueprint to preserve lakes, rivers and other bodies of fresh water around the globe.

Singapore national water agency, Public Utilities Board (PUB), has launched a study to evaluate technical and economic feasibility of developing an integrated underground drainage and reservoir system to fight drought.

The study will explore the design options for an Underground Drainage and Reservoir System (UDRS) for the country having a limited land area of around 718 km².

UDRS will be planned as an integration of three key components – stormwater conveyance tunnels, underground reservoir caverns, and a pumped storage hydropower system.

Researchers from the Carnegie Mellon University in US and Brunel University London have developed a TAML catalyst which claimed to remove endocrine disruptor from wastewater.

Researchers claimed that the tiny man-made catalysts can purify drinking water and waterways by getting rid of oestrogenic hormones and pharmaceuticals, usually pass through conventional wastewater treatment methods.

The TAML activators can activate nature’s own oxidants hydrogen peroxide and oxygen can remove ethynylestradiol (EE2), a contraceptive pill hormone from wastewater.

US telecommunications firm AT&T, technology company IBM and Mueller Water Products have collaborated to develop a solution which can help cities in water conservation.

The innovation features Internet of Things (IoT) technology which facilitates quick installations and can assist the cities in water management and prevention of leaks.

Trials for the solution have been conducted in Atlanta, Los Angeles and Las Vegas in the US.

IDE Technologies and Poseidon Resources are set to complete construction of $1bn Carlsbad desalination project in the drought-hit state of California, US, before its scheduled date.

Bloomberg quoted IDE Technologies project developer chief executive officer Avshalom Felber as saying: "The contractual date is at the end of November and we’ll probably finish a few weeks ahead of that."

Once operational, the facility will have the daily capacity to produce 54 million gallons of drinkable water.

It features reverse osmosis as water purification technology, and will be the largest desalination plant in the Western Hemisphere, when commissioned.

A student at Massachusetts Institute of Technology (MIT) has designed a village-scale desalination technology that is powered by the sun and can turn saline water palatable by removing its salty taste.

MIT Mechanical Engineering PhD student Natasha Wright worked for the project over three years to come up with the technology, which initially focused on filtering biological contaminants from groundwater to make it potable.

The solar-powered technology uses electrodialysis, which uses electric potential to extract salt from the water.

US based Evoqua Water Technologies has launched new electrochemical desalination technology which can reduce energy costs by at least 30%.

Initial trials of the tunable technology have proved that it can bring down energy consumption by 30%, as compared to standard desalination process, the company claimed.

Technology firm Ambient Water has granted exclusive licensing rights to California based Pacific AirWell for using, marketing and selling its current and future atmospheric water generation systems within the US state.

The agreement for the sale of commercial atmospheric water generation technology is, however, subject to sales and royalty regulations.

Under the agreement terms, Pacific AirWell will buy Ambient Water’s technologies worth at least $1m for sale during the first year, and offer 20% royalty to the company for all units sold.

In the second year, Pacific AirWell will purchase a license from Ambient Water for $2m and offer 25% royalty to it for the units sold.

The British firm supplies potable water and offers waste water treatment for over 7.7 million people and 4.3 million households and businesses across the Midlands and mid-Wales.

Severn Trent intends to invest £6.2bn for expansion of its water business by 2020, out of which nearly £3.3bn has been allotted for capital investment programmes including the £255m Birmingham resilience project.

The loan granted to the firm is one of the largest for any UK water firm, claimed EIB. 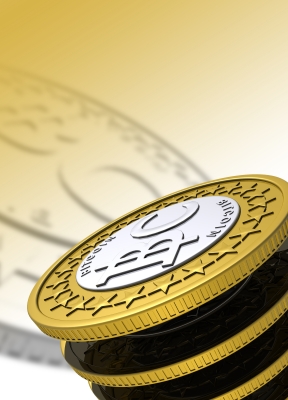 US based public charity The Ace Foundation has partnered with Tether to add Bitcoin blockchain technology to its operational clean drinking water platform for the developing world.

Established in 2014, Tether is the first global platform to integrate the benefits of Bitcoin blockchain and traditional currency.

Ace intends to use Tether’s technology to facilitate micro-transactions among the unbanked regions for developing an entrepreneurial economy around potable water distribution.

Tether CEO Reeve Collins said: "Tether’s platform was built to have the capability to digitise anything of value, including fiat currency and commodities, and transact in more secure, fast, and low-cost way than any existing system