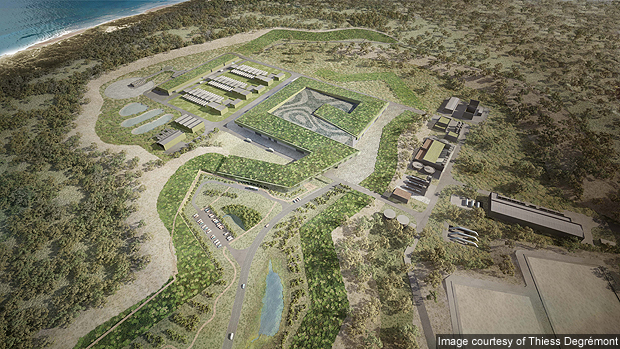 Leighton Holdings has announced the completion of the Victorian desalination project in Australia, after it successfully achieved the milestone of the reliability testing finalisation (RTF) for the project.

As a vital part of the project, RTF testing is required to operate the plant at its full capacity for 30 days and produce 450,000m³ of high quality drinking water per day, and deliver it to Cardinia Reservoir.

Following the completion of RTF testing, the plant achieved commercial acceptance on 17 November 2012 and a formal certification of the same is awaited from the independent reviewer and environmental auditor in the coming days.

Leighton Holdings chief executive officer Hamish Tyrwhitt said RTF testing marks the end of the construction of the desalination project, which will now move into operations and maintenance phase.

"The commissioning of the works was a credit to the capability and focus of the Thiess and Degrémont people working at VDP. I thank everyone who has been involved in the delivery of the project," Tyrwhitt added.

In September 2012, the plant started producing water, which was however flushed out because the quality of the treated water was not deemed fit for human consumption.

The Victorian desalination plant constructed at an investment of A$3.5bn ($3.6bn) is located on the Bass Coast near the town of Wonthaggi, in the state of Victoria.

The state government awarded the project contract in 2009 to AquaSure consortium, which consists of Degrémont, Macquarie Capital and Thiess. Thiess is owned by Leighton Holdings.