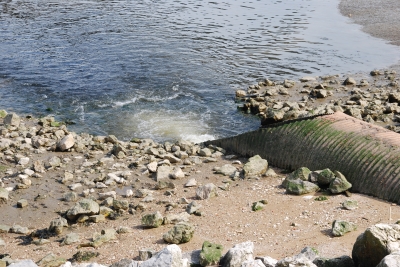 The city of Cleveland in Ohio, US has approved funds amounting to $51m for upgrades and improvements of its water and sewer pipelines.

Works under the project will include cleaning, repairing and replacement of sections and parts of the pipelines throughout the city and region.

The project has been initiated after Cleveland’s Division of Water Pollution Control identified 27% of the city’s sewer system to be old and over-used.

Parts of the system, which comprises 1,400 miles of sewer lines, are even over a century old, reports television station WKYC.

Upgrade costs for the project will also involve hiring consultants, engineers and contractors.

"The project will involve rehabilitation of four water works facilities and is expected to cost around $14m."

The project will involve rehabilitation of four water works facilities and is expected to cost around $14m.

Around $10m has been allocated for replacement of the main water lines and another $8m for development of a pump station in Bedford.

Expected to last for around five years, the project also plans to spend around $5.5m for cleaning, installation of linings or replacement of main water lines.

Under a separate ruling, the Environmental Protection Agency in the state of Ohio intends to impose weekly tests for water treatment facilities across the state.

The state has proposed to test the presence of toxic algae in drinking water in order to ensure the safety of water supplies for its residents.

Cities and counties in the state, however, have voiced their protests against the proposed regulations deeming it to be unnecessary and uneconomic, reports Associated Press.

Image: About 27% of the Cleveland’s sewer system has been found to be old and over-used. Photo: courtesy of artur84 / FreeDigitalPhotos.net