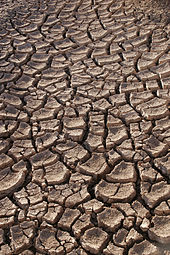 Department of Environmental Protection (DEP) in Pennsylvania, US will be maintaining a drought watch over 27 counties, in spite of the recent precipitation events.

The drought watch will be in place since parts of the state have recorded below-average groundwater and very low surface water levels in some areas.

This announcement advises the residents to conserve water by controlling their use and consumption.

"We are still recovering from a very dry fall and below-normal precipitation this winter."

Declaration of drought watch is the first and least-severe level of the three drought classifications in an US state. The drought watch asks for a voluntary 5% reduction in non-essential water use.

Lack of groundwater recharge in the state can result in drying up of the well-fed water supplies, whether private or public.

DEP acting secretary John Quigley said: "We are still recovering from a very dry fall and below-normal precipitation this winter.

"These factors have contributed to low groundwater and surface water levels mostly in the northeast and central portions of the state."

Berks, Bradford, Cambria, Carbon, Clinton, Columbia, Indiana, Lackawanna, Lawrence, Luzerne and Lycoming are among the 27 counties which have been put under drought watch.

The agency has asked all water suppliers in the affected areas to monitor their supplies, especially if they are dependent on groundwater. The suppliers have also been advised to update their drought contingency plans according to requirements.

DEP funds a statewide network of gauges used for monitor groundwater levels and stream flows, in association with the US Geological Survey.

Besides that, the agency also monitors precipitation, soil moisture and water supply storage and shares data with other state and federal agencies.