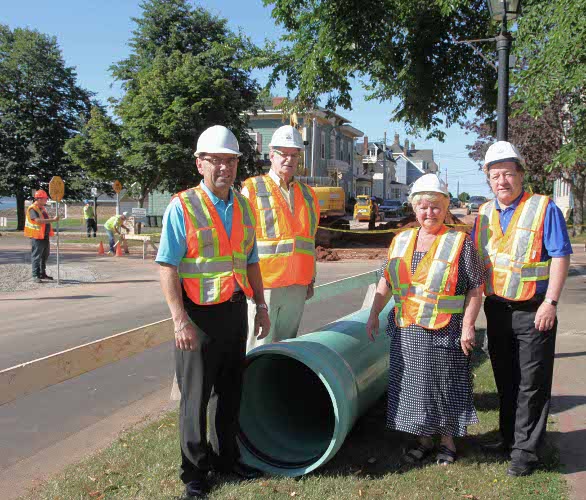 The city of Charlottetown in Canada has begun the first phase of construction work on the $18m Spring Park sewer separation project.

The sewer separation project will involve separation of 13kms of combined stormwater and sanitary water pipes to end effluent spilling into the Hillsborough River.

Under the first phase of the project, whih is likley to continue until December 2012, sanitary sewage will be removed from the combined sewer system to be diverted to the wastewater treatment plant.

The City of Charlottetown will direct $2.1m of its federal gas tax fund allocation, as well as invest an additional $4m to the first two phases of the project, while the Province of Prince Edward Island will allocate $3.1m.

Phase two will aim to separate in the north-west section of the combined system, which will mostly impact the west side of Spring Park Road.

Regional Minister for Prince Edward Island and Minister of National Revenue Gail Shea said the project will protect shellfish and marine life in Charlottetown Harbour, as well as create jobs and support the local economy.

"Our government is proud to invest in infrastructure improvements for a cleaner environment and contribute to the long-term health and prosperity of Prince Edward Islanders," said Shea.

Minister of Transportation and Infrastructure Renewal for Prince Edward Island Robert Vessey said, "This project will see significant improvements made to the health of the Charlottetown Harbour, which will benefit the local shellfish industry and all residents."

Charlottetown Mayor Clifford Lee said the city has invested in excess of $26m to improve wastewater management since 2001.

"The city looks forward to working with the federal and provincial governments to secure funding for the final two phases of this project," said Lee.

Image: Ground has been broken on the $18m Spring Park sewer separation project in Charlottetown, Canada. Photo: City of Charlottetown.