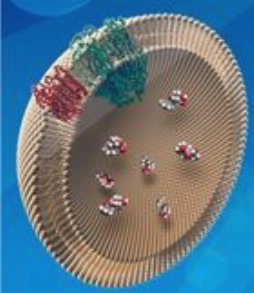 The University of Cincinnati School of Energy, Environmental, Biological and Medical Engineering assistant professor David Wendell, along with the university’s Environmental Engineering and Science Program graduate student Vikram Kapoor, has developed solar-powered nanofilters that can filter antibiotics from waterways.

The scientists have based the nanofilters based on the same mechanism that some bacteria use to shrug off and survive powerful antibiotic doses.

The new solar-powered nanofilters can remove antibiotics from water in lakes and rivers twice as efficiently as the best existing technology.

The researchers have noted that almost 80% of the lakes, streams, rivers and water bodies have traces of harmful antibiotics.

According to the scientists, antibiotics from toilets and other sources find their way into the waterways and can contaminate the water quality.

The presence of antibiotics results in new antibiotic-resistant bacteria and harms the beneficial microbes, thereby degrading the aquatic environment and food chains.

The scientists have developed and tested the capsule-like vesicles based on the same mechanism that pumps antibiotics out of bacterial cells before any damage can occur.

Wendell and Kapoor turned the mechanism around to ensure that system pumps antibiotics into the vesicles.

The antibiotics pumped into the vesicles are collected and recycled or shipped for disposal. Apart from the pump, the vesicles also contain a propulsion system that is driven by sunlight.

The pump system can also be used to clean hormones, heavy metals and other undesirable materials from water.