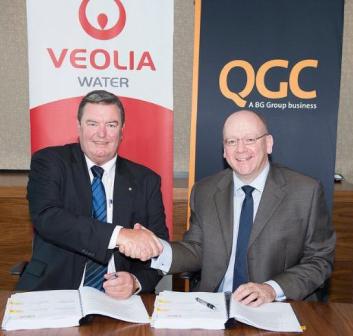 Under the 20-year contract, Veolia is responsible to operate and maintain ultrafiltration, ion exchange, reverse osmosis and brine concentration of the three plants, which treat groundwater produced alongside natural gas.

With an investment over $1.bn in infrastructure for the three plants, QGC is treating unused salty groundwater for use by agriculture, industry and local towns.

In June 2013, Veolia will employ its 55 staff members, including electricians, instrument technicians, plant operators and water engineers, to operate and maintain the plants.

Two out of three water treatment plants are under construction at sites, Kenya and Woleebee Creek, located 35km away from Chinchilla and Wandoan respectively.

Together, both plants are expected to have a combined capacity to treat up to 200 megalitres a day when the production reaches its peak, said QGC.

The third treatment plant at the company’s Windibri site near Chinchilla, which serves treated water to Cameby Downs coal mine and Condamine Power Station, is significantly smaller with just about 6-megalitre capacity.

QGC operations director Walter Simpson said the contract demonstrates that the business was moving towards operating infrastructure being built for the Queensland Curtis LNG Project, which is on schedule for first production of liquefied natural gas in 2014.

"This is QGC’s biggest operational contract to date and local communities are poised to benefit for decades to come," Simpson added.

"Communities will also benefit from our commitment to provide treated water for beneficial use. Almost 97% of our water is to be made available in this way."

Under the terms of deal, Veolia will use local suppliers of goods and services throughout the contract period.