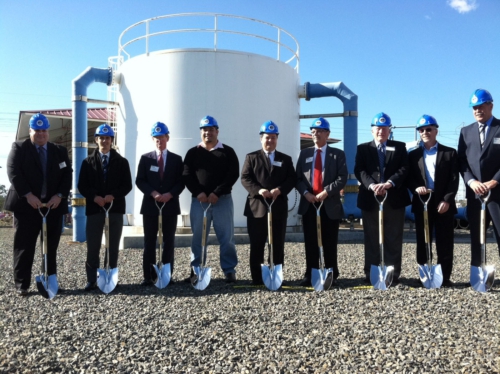 The water replenishment district (WRD) of southern California, US, has broken ground on the proposed expansion of the Leo J Vander Lans advanced water treatment facility.

The groundwater management agency believes that the new expansion project will not only convert more recycled water to good use, but also form a barrier to protect south Los Angeles County’s groundwater supplies.

The WRD board of directors president Albert Robles expressed hope that the region will protect its groundwater and drinking water supplies from seawater contamination with the help of treated recycled water post expansion.

"It’s a great project for the environment because it squeezes every last drop of value out of the water that’s already in the area," added Robles.

Under the project, the water treatment facility located in Long Beach is set to be expanded by way of doubling the amount of recycled water that it generates to 8,000 acre feet or 2.6 billion gallons, per year.

In order to keep the Alamitos Seawater Barrier intact to prevent seawater contamination of underground groundwater basins, the agency is presently importing nearly 3,000 acre feet or 1 billion gallons from northern California or the Colorado River every year.

The plant, currently,treats the recycled water released by the Long Beach water reclamation plant and scrubs it through various advanced techniques involving microfiltration, reverse osmosis and ultraviolet advanced oxidation, to deliver near-distilled quality to the water.

According to WRD, the project is part of the District’s Water Independence Now (WIN), Project that represents the agency’s vision to be independent of imported water and to make its groundwater basins to be self-sufficient and self-sustaining.

"With this project, WRD will have a reliable and safe source of water that’s locally available," commented Robles.