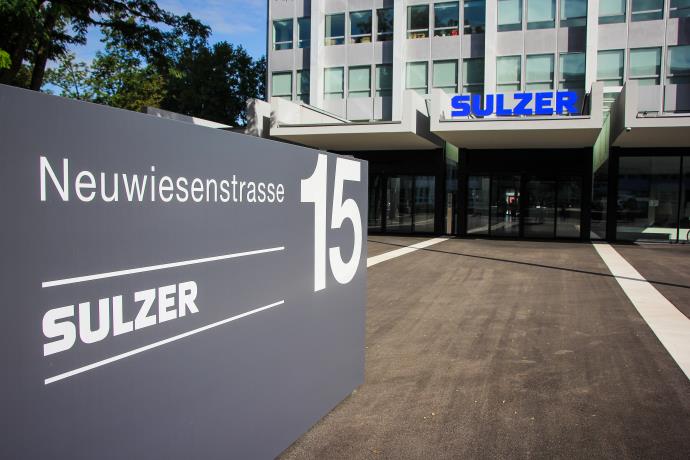 Switzerland-based industrial engineering firm Sulzer has announced an order intake of Sfr757.6m during the first quarter of 2017, compared to the Sfr684.6m sum achieved by the company in the same period last year.

In the first quarter 2017, order intake increased by 11.1% on a currency-adjusted basis compared with the same period in 2016.

Organic order intake in the first quarter turned out stronger than expected driven by a higher number of larger orders in Pumps Equipment than in the same period a year ago.

Despite a comparably high base in the previous year’s quarter, Chemtech achieved an organic order intake at almost the same level this quarter.

Regionally, order intake increased across all regions. Growth was particularly strong in China across all divisions. Supported by acquisitions, Europe increased significantly.

On 1 January 2017, Sulzer changed two aspects of its reporting structure for increased transparency and customer focus:

First, the combination of the Sulzer Mixpac Systems (SMS) business unit and the recently acquired Geka and PC Cox businesses are now being reported as the new Applicator Systems division.

This move allows customers to benefit from a single access point for services and parts.

In the first quarter, Sulzer closed the acquisitions of the company Ensival Moret and of the Vessel Internal Electrostatic Coalescer (VIEC) product line.

The acquisition of VIEC allows Sulzer to further extend its Chemtech upstream product portfolio for advanced oil and water separation applications. It is a complementary technology to Chemtech’s current products.

In the second quarter, Sulzer expects to close its acquisition of a controlling stake in Rotec’s gas turbine maintenance business (Rotec GT). Rotec GT, headquartered in Moscow, is mainly active in the Russian market.

Sulzer confirms its guidance for the full year. Order intake is expected to increase by 5 to 8% and sales by 3% to 5%, both currency-adjusted and including the acquisitions announced in 2016.

Supported by the cost savings from the SFP program, the company expects an operational EBITA margin of around 8.5% (opEBITA in percent of sales).

Sulzer will hold a short conference call on the occasion of the publication of first quarter order intake results 2017.